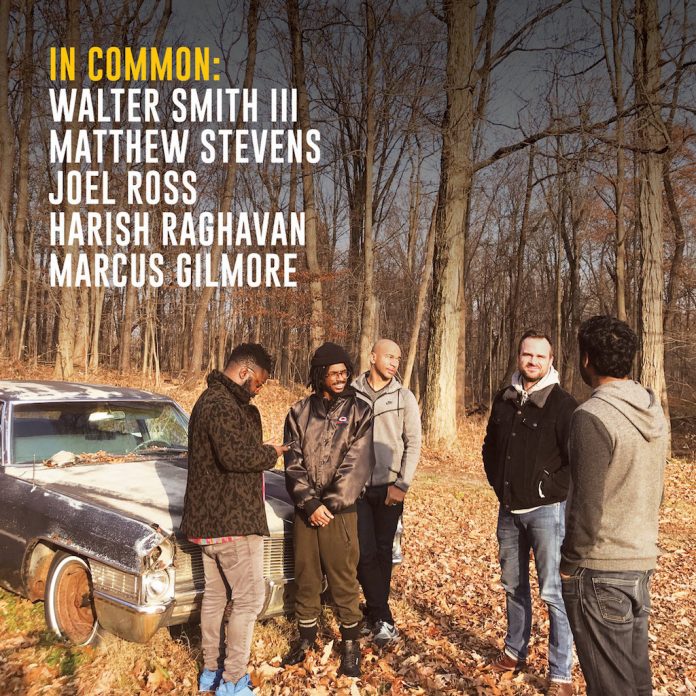 Many years ago at the JVC Capital Radio Jazz Festival in London, a member of the audience stood up during the set by Branford Marsalis and his quartet to ask if the band could play anything tuneful and quiet. It is tempting to wonder if anyone asks the same of Walter Smith III and pals in concert.

In Common seems to be the name of the album as well as the group who have collaborated on this modern-sounding, in-your-face set. Whirlwind is marketing it as an eponymous release by the group. In amongst other nonsensical ramblings in the press release notes, the listener is informed that the success of this collaboration is down to creating a work that is unmistakably alive and instinctive. Behind the hype, the recording places Gilmore’s fizzing drum work very much at the centre of things, and much of the recording is dominated, indeed drowned, by some fierce work by the drummer.

There is no doubting the skill and craft of the musicians involved here, from Stevens’ animated guitar work to the fluid lines from Smith on tenor. It’s just that much of what goes on here lacks any warmth or connection with the listener. Technically it is accomplished, in a brash, urban sort of way, but at the same time utterly charmless.

Peter Gamble - 26 June 2019
John Taylor and Norma Winstone were a potent musical combination on the British jazz scene for a number of years and this live situation, available on CD for the...