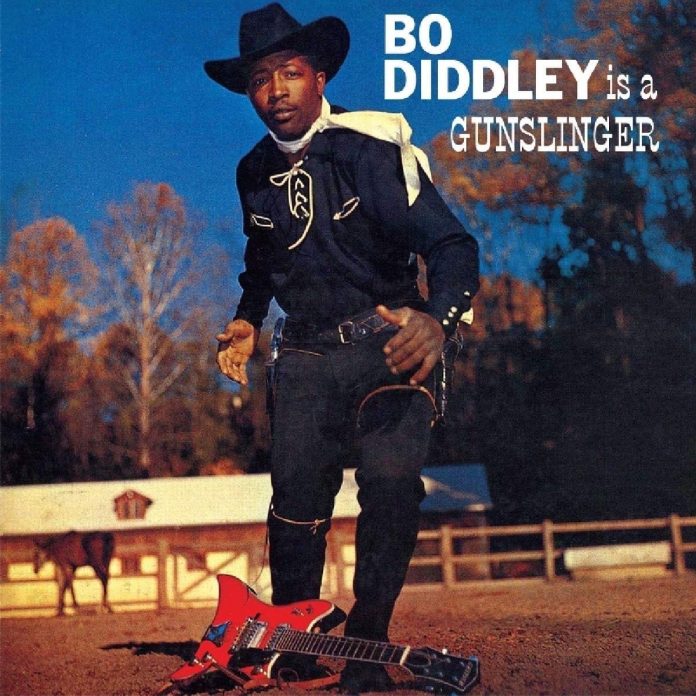 Well, I like Bo Diddley. Even some of my friends regard my taste as appalling, but I am adamant – Bo is not only an exciting singer but also a direct and honourable descendant of such famous blues-entertainers of the ’twenties and ’thirties as Papa Charlie Jackson, Peg Leg Howell, Blind Blake and New Orleans Willie Jackson.

A close study of the music shows that over the years little change has taken place – the beat is now more pronounced, the lyrics reflect the world of the ’sixties (as they should), the instruments are electrified and the “pop” ballad has been an unwelcome innovation – but the old essential qualities of swing, hot intonation and sheer vitality are still abundantly present. And the function of the music within Negro society remains basically the same.

Seven of the tracks here are well up to the standard of Diddley’s previous best. Accompanied by his mightily swinging little group (piano, drums, maraccas. and his own guitar) Bo keeps the tradition alive with a couple of “car” blues reminiscent of Chuck Berry’s “Maybelline” (“Ride On”, “Cadillac”), some satirical comments on TV Westerns (“Now Bo Diddley didn’t stand no mess/A gun on his hip, a rose on his chest”), a rock ‘n’ roll dance routine (“Crawdaddy”) and a juke-ish instrumental (“Diddling”). “Somewhere” and “No More” are the ignorable ballads on a record which should but probably won’t be included in all blues collections.

Roger Farbey - 12 July 2020
How many people can boast having recorded on not one but two King Crimson albums? Gordon Haskell can and made his debut with the band...