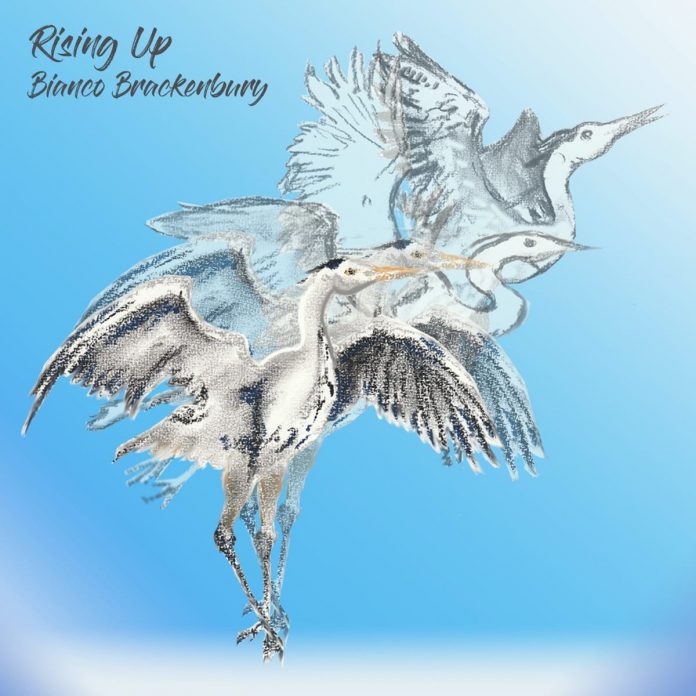 In his note for this one Tony Bianco makes reference to how he and Faith Brackenbury connected immediately on first meeting. That immediacy is evident throughout this set, manifesting across three lengthy tracks. Inspiration never noticeably flags despite those lengths, which suggests that something deep and positive but nonetheless unquantifiable was at work.

The very first bars of Rising Up have such an imprint. The mood is busy yet somehow restrained, perhaps as much as anything by the sparsity of forces deployed, with Brackenbury sounding like a woman etching lines into the “surface” of Bianco’s momentum. As the piece progresses the generated energy is wilfully dissipated, which lends dynamic variation to the music, so much so that when Brackenbury sounds reinvigorated shortly before the halfway mark Bianco is ideally placed to respond both on drums and bass even though one of those parts was of necessity overdubbed.

Brackenbury’s deep connection with Bianco’s musical flow is arguably better exemplified on Gypsy Softbread, not least because of the accomplished use of silence and space, which in this case hints at an unusually deep mutual understanding of dynamics. The resulting lyricism defies the hackneyed understandings of the term, and is such that the ear homes in on the details of the music and particularly the solo passages that are heavy with anticipation of how the silent partner will respond.

In a way Assassin is a kind of halfway house between the nominal opposites of the other two pieces. The music seems perpetually on the verge of something ill-defined yet resting on the firm foundation of another aspect of the duo’s relationship, as though they’re mapping out territory they’ve only been subconsciously aware of prior to making the music.

Nic Jones - 16 March 2019
Knuffke is among the more adventurous musicians in the creative improvised music field and also a player who has bigger, more appreciative ears than most, so he’s worthy of...