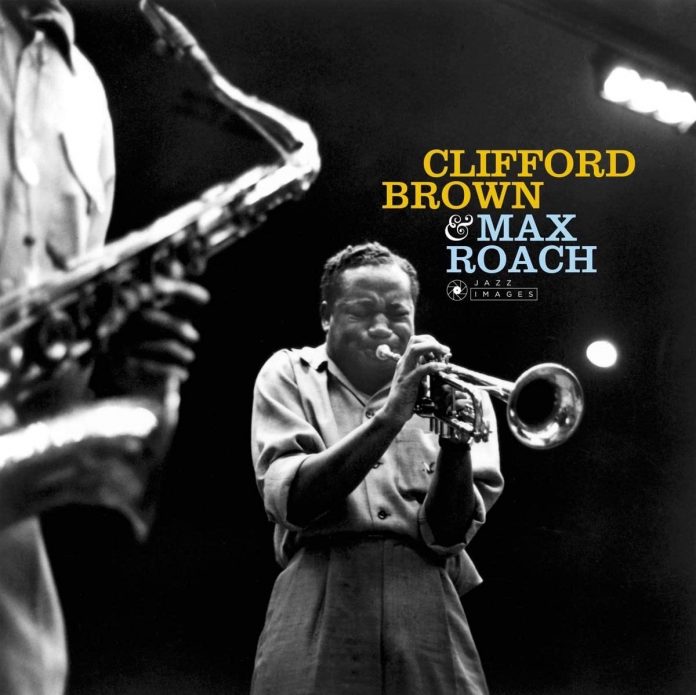 From 1954 until 1956 the happy combination of Clifford Brown and Max Roach recorded a hugely impressive body of work together.

Delilah, from the 1949 film Samson & Delilah, opens with an ostinato which was one of the group’s favourite devices. Nick Catalano points out in his well-researched Brown biography that whenever Dizzy Gillespie heard the group performing he always requested this selection.

Bud Powell’s Parisian Thoroughfare, which the composer introduced in 1951 is book-ended with humorous traffic noises together with hints from American In Paris, La Marseillaise and the Can-Can. Harold Land’s smoky tenor is pretty impressive here and Brownie features half-valve effects together with some impressive 16th-note passages during his spell at the solo mike.

The Blues Walk credited to the trumpeter here is actually Sonny Stitt’s Loose Walk, note-for-note. It is notable for five-choruses of inventive exchanges between the horns beginning with four bars each then two and ultimately just one. Quick on their feet they turn it into a rapid-fire musical conversation, with two minds thinking very much as one.

Joy Spring is one of the trumpeter’s most durable originals and a few years ago Jon Hendricks added a fine lyric which was performed by Manhattan Transfer. Despite nearly 200 recorded versions of Jordu the quintet’s recording is surely the definitive one. What Am I Here For is taken faster than usual (64 bars per minute) but presents no problems to Clifford Brown or Max Roach, the latter a master at constructing drum solos that were musical without unnecessary displays of technique.

The cover of this handsome vinyl reissue has three William Claxton photos, two of which are quite new to me.