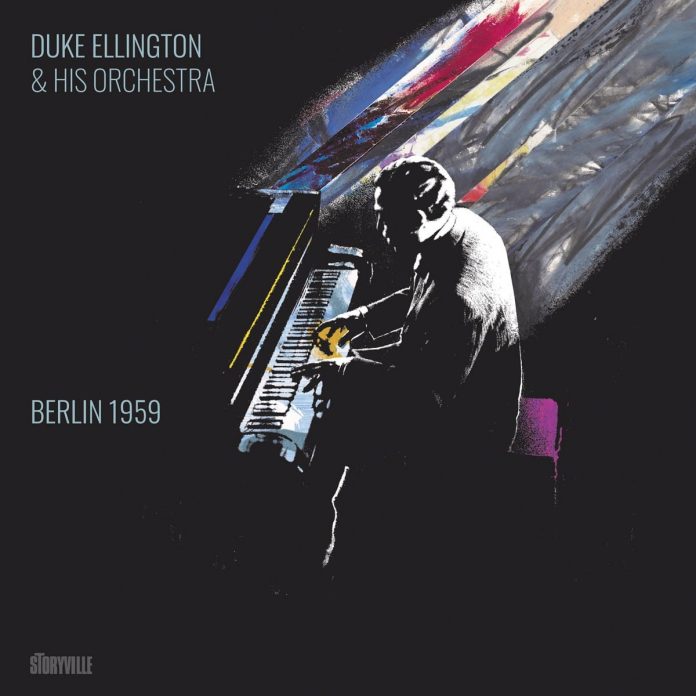 One critic recently asked: “Did Ellington and his Orchestra ever have a bad night?” His answer was that “every live recording of the band which is released IS a high point, and Berlin 1959 is no exception”. Some of these “live” performances call that verdict into question. What the Ellingtonians offered to their (apparently appreciative) Berlin audience was, in the main, a familiar assortment of creakingly familiar Ducal hits.

Three of these open the concert, while CD2 consists almost entirely of 12 additional medley favourites. They are partially redeemed by “The Pianist” on Do Nothing Till You Hear From Me, In A Sentimental Mood and Beginning To See The Light. And Hodges convincingly relates that I Got It Bad, and Harry Carney performs his breathtaking (pun intended) party piece, Sophisticated Lady.

The concert also lacks atmosphere in that apart from his almost inaudible identifications of the soloists on Jam With Sam and Basin Street Blues, most numbers end abruptly without Duke’s suave (if mannered) comments. Recording quality is not uniformly good – although Jimmy Woode’s bass, notably on Satin Doll, and the brass section interjections on Sonnet To Hank Cinq are clearly caught. So (unfortunately) are the vocal contributions of Lil Greenwood on St. Louis Blues, Bill Bailey and Solitude. In the long line of undistinguished Ellington singers, she must rank near the bottom.

The longest performance of the evening was an 11.25 version of Louis Bellson’s drum feature composition Skin Deep (never a personal favourite), with Jimmy Johnson in charge. Although he plays creditably on all the other tracks, Johnson flails about to no discernibly good purpose – and for far too long. I confess that after three attempts I failed to stay the course.

But there are some plums in the pudding. Pride of place, unsurprisingly, belongs to Hodges, who offers almost insolently perfect renditions of Flirtibird (from the album Anatomy Of A Murder, 1959 – surely Duke’s finest film score), and the always rousing and foot-tapping Things Ain’t What They Used To Be. Two titles from the landmark LP Such Sweet Thunder (1957) bear favourable comparisons with the originals. The amalgamated Kinda Dukish and Rockin’ In Rhythm deliver the goods with gusto, but Cat Anderson’s deafness-inducing and histrionic El Gato was probably better seen rather than heard.

A curiously chosen encore, Basin Street Blues, with Ray Nance doing his Louis vocal and trumpet impersonations, supported by Clark Terry, Russell Procope, and Quentin Jackson (with Duke, Woode and Johnson in attendance) closes the proceedings. Procope’s graceful solo is followed by a semi-comical Jackson, and a puckish Clark Terry. In his most highly polished manner, Duke “apologises” for having kept (a captive) audience out so late. Was he serious?

Fred Grand - 02 February 2020
Montana cousins David Peterson and Lee and Rob Kohler went their separate ways 45 years ago after high school. Peterson, a guitarist under the spell of Abercrombie and Metheny,...