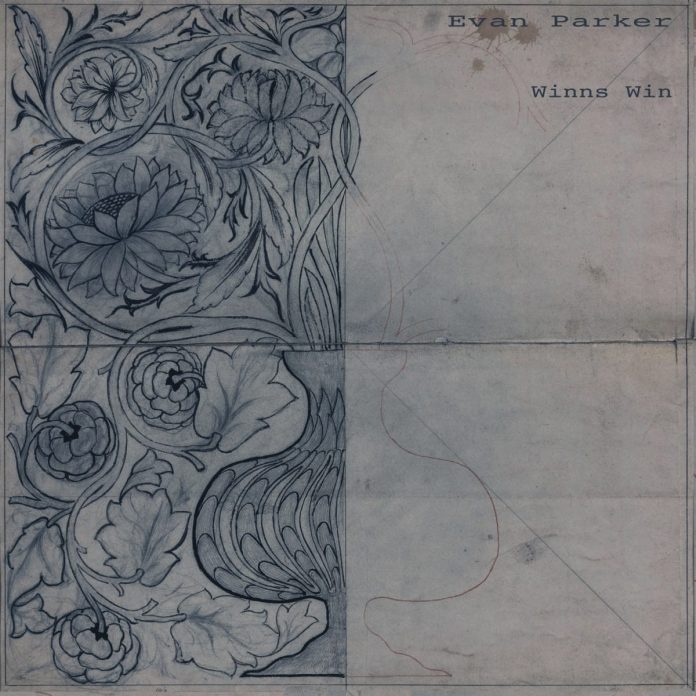 To commemorate the 125th anniversary of the death of renowned socialist campaigner and famed wallpaper designer (I jest) William Morris in 1896, Evan Parker recorded this solo set in Morris’s home in Walthamstow, East London, which now houses a gallery of his work.

Suitably, the album sleeve features a fine 1876 embroidery design by Morris. Once intended to be called “Barbarism Once More”, a line from Morris that would reflect the passion of Parker’s playing, the album was retitled in memory of Parker’s longstanding friend and improvising guitarist John Russell, who lived on Winns Avenue next to the gallery and who died in January 2021.

Parker has spoken before about entering a “utopian space” when he plays, which seems to be an almost Morrisian reference given Morris’s own writings and thinking, and which makes much sense of this set of nine improvisations. Each piece is one continuous and circulating breath, its overblown notes dense in their clustered textures but at the same time melodic and approachable in their delivery, using pattern and repetition just as Morris did in his designs.

They vary from the apparently incessant to, in the case of WW4, an almost folksong simplicity, or, with WW5, an initially melancholic reverie. WW8 even sounds like a set of chiming church bells. But they are not meant to be separated out but listened to together, a suite of sounds and performances that cohere as much as they diverge.

I always find that Parker’s solo performances send me into a sort of trance, in which I ignore the individual notes and concentrate on the whole, dreaming up images in my mind that attempt to make sense of what I am hearing. This particular performance set off a host of images, and I was all the better for it.

Derek Ansell - 21 November 2019
Sherman plays percussion, drums and vibes but claims that his first and main love is piano. Here he has lined up a strong hard-bop combo with musicians of contrasting...