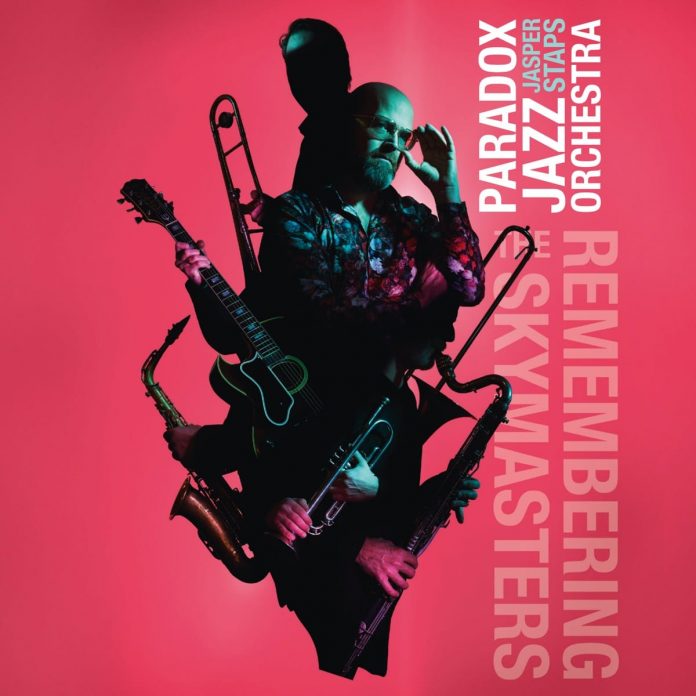 The Skymasters Big Band was a Dutch radio orchestra which first took to the airwaves in January 1946 having been founded during the previous year by Willy Schobben, Bep Rowold and Pi Scheffer. The band’s popularity was based on its swinging repertoire and the frequency of its broadcasts (two or three times a week) courtesy of AVRO, the Netherlands broadcasting organisation.

By the 1970s and 80s the The Skymasters were regarded as the best big band in Europe and the band’s last radio performance took place on 21 January 1997. Saxophonist and conductor Jasper Staps has been playing in The Tiny Little Big Band since 2010 and is a devotee of the genre.

Staps spent time diligently researching the music of the Skymasters and other Dutch big band composers and arrangers including Rob Madna and Jerry Van Rooyen. In 2019 Staps and trumpeter Teus Nobel founded a new jazz orchestra which made its debut in early 2020 at Tilburg’s Paradox Jazz Club and thus the Paradox Jazz Orchestra was born.

Although the band’s influences are, unsurprising, Duke Ellington, Buddy Rich and Stan Kenton, it also aims to give big band music a contemporary platform thus presenting the music in a respectful way to both existing and new generations of audiences. To further this end, the members of the band are drawn from a cohort of younger players such as Koen Smits, Niek de Bruin and Jesse Schilderink along with more established names such as Rembrandt Frerichs and Jos Machtel.

There’s a mix of standards and four numbers by Dutch pianist, composer and band leader Rob Pronk who died in 2012. The album’s emphasis is unmistakably swing, but there are some other explorations too, such as the majestic arrangement of Basin Street Blues. The Latin pulse of Joe Gallardo’s Sambita is redolent of the Kenny Clarke Francy Boland Big Band in their prime. Pronk’s Basie-esque Fred My Pal has a familiar ring to it and is all the more appealing for that. Hermeto Pascoal’s Nem Um Talvez, made famous on Miles Davis’ Live Evil (Columbia, 1971), features veteran Ack Van Rooyen whose elegant flugelhorn solo unequivocally proves you can still sound good in your 90s.

Jazz Journal - 28 May 2021
On Tuesday there were more string players on stage than in a Palm Court Orchestra - not a horn player in sight. On paper this looked like one of...