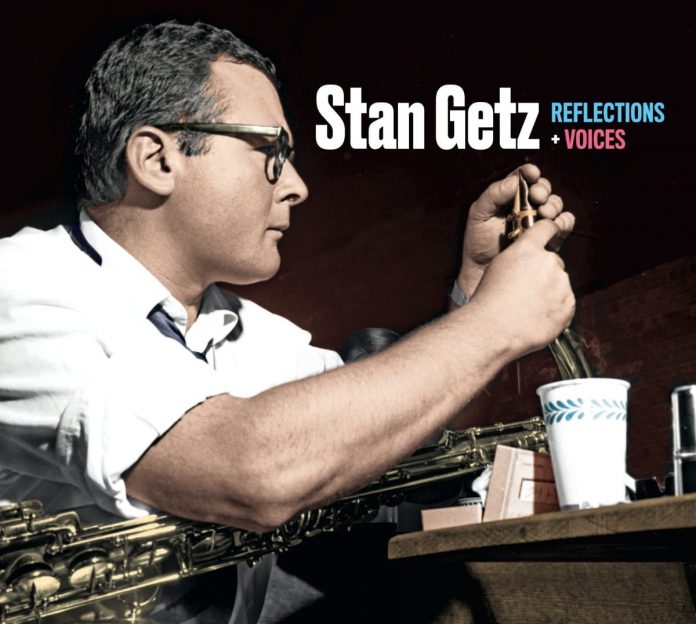 I never thought I would say this about any recording from the great Stan Getz but these insignificant trifles are unlikely to be of interest to the well-informed readers of Jazz Journal. Early in 1963 he was enjoying huge artistic and commercial success with albums like Jazz Samba and Big Band Bossa Nova, prompting Downbeat to herald “The Resurgence of Stan Getz”.

Over the subsequent years leading to the 1967 Voices date he recorded memorable sessions such as Getz/Gilberto and Cafe Au Go Go and two months after Voices he gave us the unforgettable Sweet Rain. These were years when he reclaimed the No 1 tenor spot from John Coltrane in Downbeat but clearly the music heard on this reissue would not have influenced that award.

All the titles on Reflections are brief, averaging just over two minutes; this allows Getz enough time to play the theme with some embellishment. Early Autumn really put him on the map after his performance with Woody Herman’s Second Herd in 1948. Moonlight In Vermont, which he first recorded with Johnny Smith in 1952, became so popular that club owners insisted he play it every night. Spring Can Really Hang You Up The Most had been introduced into his repertoire when he was in Europe in 1959.

Voices has little to recommend it. The arrangements call for a choir of up to 40 singing wordlessly on a date that is as close as Stanley ever came to muzak. The sleeve note does not quote recording dates so I am indebted to Arne Astrup’s definitive discography for this information.