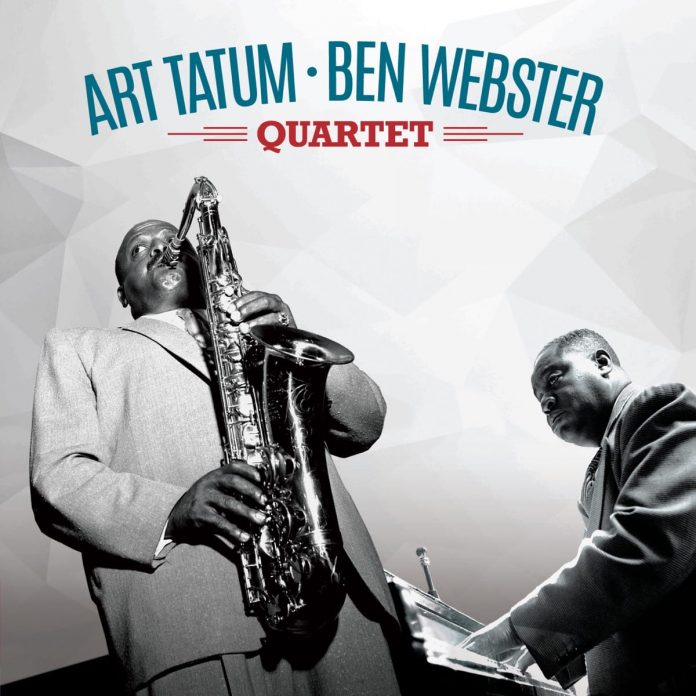 Here are two major figures in the history of jazz, and this album serves as a contrast of styles. Tatum, the great piano virtuoso, recorded a huge amount of solo sessions for Norman Granz in the 1950s, but also a number with small groups, one of the highlights being this, with the warm and deceptively relaxed style of Ben Webster.

All the tracks are at an easy pace, except the lively Night And Day, Tatum racing up and down the keys, Webster gliding through the changes with a glimpse of his more forceful side. Most have extended introductions by Tatum, giving a taste of the melody plus embellishments before Webster enters, leisurely.

Tatum could take any style and drop it into the mix effortlessly, as shown on the trio track I Guess I’ll Have To Change My Plan (a bonus track, previously issued on Pablo’s Group Masterpieces Vol. 6) which touches on stride, swing and blues, with his arpeggios veering into modernity. He paraphrases the melody on Gone With The Wind, stating it indirectly, and both he and Webster work around it skilfully.

My One And Only Love sends shivers down the spine, Webster infusing a whispering, lingering intimacy, whilst his breathy sensuality is a feature of Where And When.

Another bonus track, In A Sentimental Mood, sees Tatum with Roy Eldridge, an alternate take from their recording sessions for Clef the previous year, and issued on the CD version of The Art Tatum Group Masterpieces. Eldridge’s bluesy horn is appropriately muted to accommodate a subtler approach than his usual fiery delivery. Highly recommended.