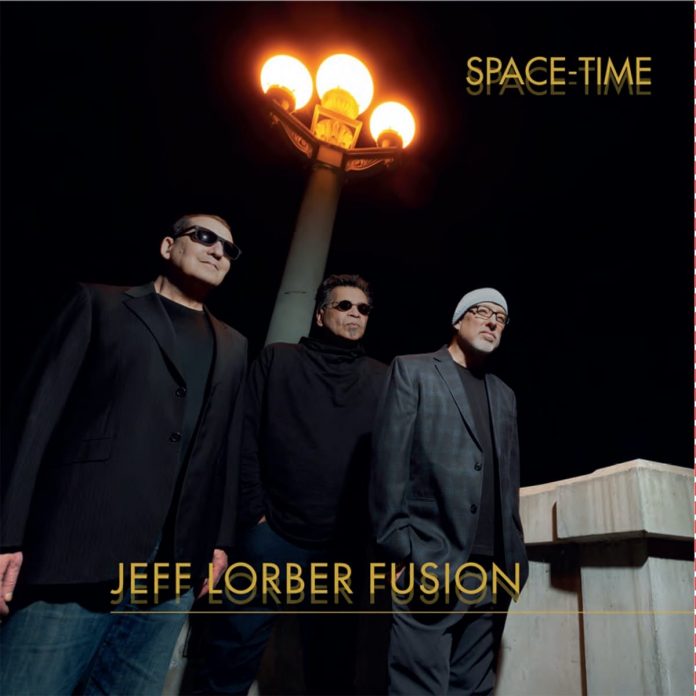 Having been together since 1977, the Jeff Lorber Fusion now release their 13th album, with a host of musicians joining the trio of Lorber, drummer Gary Novak and bassist and co-producer Jimmy Haslip.

The opening track, Space-Time, is a light, upbeat piece in which Lorber plays not only keys but also synth bass and guitar, featuring some melodic unison between Lorber and Bob Mintzer on tenor sax. Setting the tone for the rest of the album, the atmosphere is rich and textured, with expert improvisation.

The eighth track is Lorber’s tribute to Chick Corea, with whom he first worked on his second album, Soft Space, in 1978. The track echoes Corea’s style superbly, with an excellent funk bass line from Jimmy Haslip, Lorber’s staccato electric keyboard, and a soaring lead from Gary Meek and Hubert Laws on soprano sax and flute.

While there are a variety of different guests on the album, Lorber’s vision for the record is clear throughout. The legacy of fusion that Lorber and his peers are a part of is present, but the album remains innovative and engaging.

Simon Adams - 24 June 2021
With the death of bassist Israel Crosby in 1962, the original Ahmad Jamal Trio made famous by the live Pershing sets of 1958 came to an end. Two years...

Jazz Journal - 31 March 2021
It's been several years since Scot­land's answer to Wes Montgom­ery led a record date, but the enterprising new specialist guitar label Six Strings has given Mul­len a platform on...