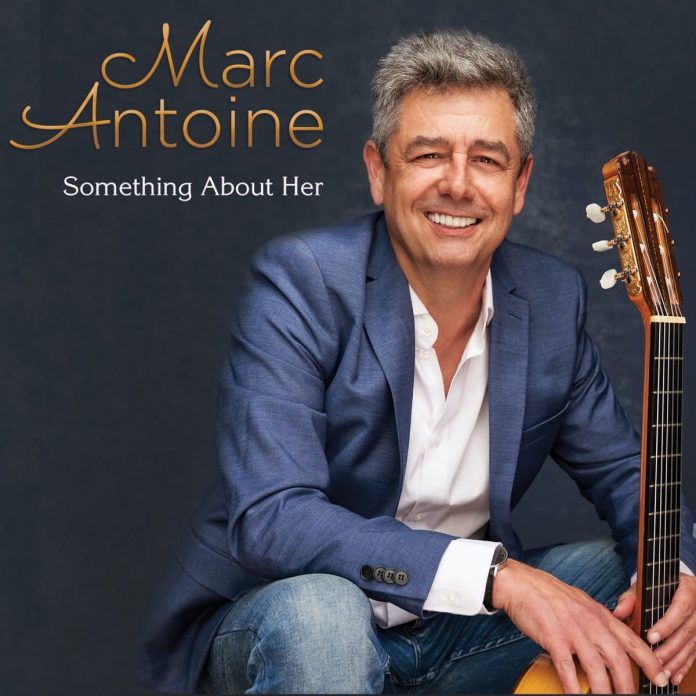 It would be fair to say that smooth jazz polarises opinions in the UK. For many it is too commercial and too closely associated with pop. Critics say it lacks the risk taking and improvisation of mainstream jazz, with its over melodic form and repetitious harmonies. Certainly, in the UK, the genre is less popular than it was in the 1990s with significantly less airtime given over to the artists who made their name playing it.

But let us not forget some of the artists who gained enormous popularity by playing this form of crossover jazz – George Benson, Grover Washington, Bob James, Spyro Gyra, Sade etc. In the USA the genre continues to be successful, particularly on the West Coast.

One such musician is French-born Marc Antoine, who has been around the smooth-jazz scene since the early 1990s. Classically trained at the International School of Classical Guitar, Antoine first became known to urban jazz audiences when he toured with Basia in 1988. After several years recording and performing what was then known as “acid jazz,” he endeared himself to a generation of contemporary smooth jazz fans with his first solo album, Classical Soul. He later scored numerous airplay hits from the albums which have established him as a mainstay in the genre: Urban Gypsy (1995), Madrid (1998), Universal Language (2000), Cruisin’ (2001), Mediterraneo (2003) and Modern Times (2005).

I have never been anti-smooth jazz, believing that many of the musicians are highly talented and creative. But the format of smooth jazz can be limiting, and it becomes increasingly difficult to create new and original music, since it pretty much operates to a formula. Amongst the army of smooth-jazz guitarists, very few are instantly recognisable. Musicians such as George Benson, Lee Ritenour and Peter White are exceptions. So, too, is Antoine. He is steeped in the sound of the Mediterranean. Born in Paris, he lived in Madrid for many years before relocating to California. The combination of classical, Spanish and West Coast influences is quite distinctive and makes for easy recognition.

This album was recorded during lockdown, which means that most of the musicians added their contributions remotely. As we know from other “lockdown” releases, that has often led to some better music, with artists wanting to try new and simpler styles of playing with more life-affirming sentiments.

Antoine is joined here by some big names and together they produce a sound that moves between soulful, meditative, eclectic, bossa and Californian cool. The real star of the show is Antoine’s classical/Spanish style guitar playing. The album works best for me when Antoine is playing simply and with less accompaniment (Velvet Night) or when he is playing solo (Song For Sasha). He weaves an enchanting tapestry of different but elegant sounds throughout the album and it is difficult not to be convinced by his playing. His music has the capacity to transport you to different places and the sounds of France, Spain or California shine through. I believe many listeners (regardless of their stance on smooth jazz) will appreciate this honest and uplifting album.

Nic Jones - 09 August 2019
Now that it’s pretty uncontentious to talk of jazz as an international language, it’s nice to consider how the music on record also now encompasses spaces ranging from the...