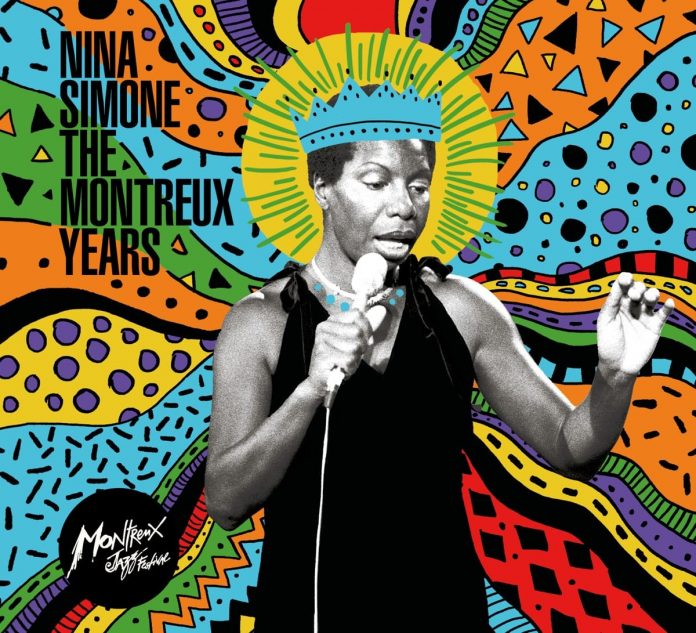 Nina Simone appeared five times at the Montreux Jazz Festival between 1968 and 1990. This selection features 29 highlights of those concerts, the first CD from 1976–90, arranged for best effect, the second her complete debut concert from 1968. The repetition of four songs doesn’t really matter, for this is an overview of Nina live, at her best, not an authoritative or comprehensive review of her work.

What this collection shows is just how much of a classical performer she was, notably on the opening instrumental Someone To Watch Over Me from 1987, or Little Girl Blue from 1976, and also how strong her blues roots were. And how political, too, she was, name-checking Langston Hughes, referring to events of the day, remarking on the everyday racism she constantly received, and, her favourite theme, how difficult life had been for her.

But then she could also be a crowd-pleaser, too, as on a rollicking version of My Baby Just Cares For Me from 1980, where her voice is frankly all over the place, and a lightly camp version of What A Little Moonlight Can Do from 1990.

The debate around Simone has always been about whether or not she was a jazz singer. I tend to think not, but she was a fine songwriter and a soulful, impassioned performer, as good in a large concert hall as in a small club. True she was prickly and difficult, and her delivery sometimes highly melodramatic, but that gave her an edge many others singers lacked.

There are a lot of Simone albums out there, many of them cashing in on her name. But this fine set works better than most, for Montreux brought out the best in her.