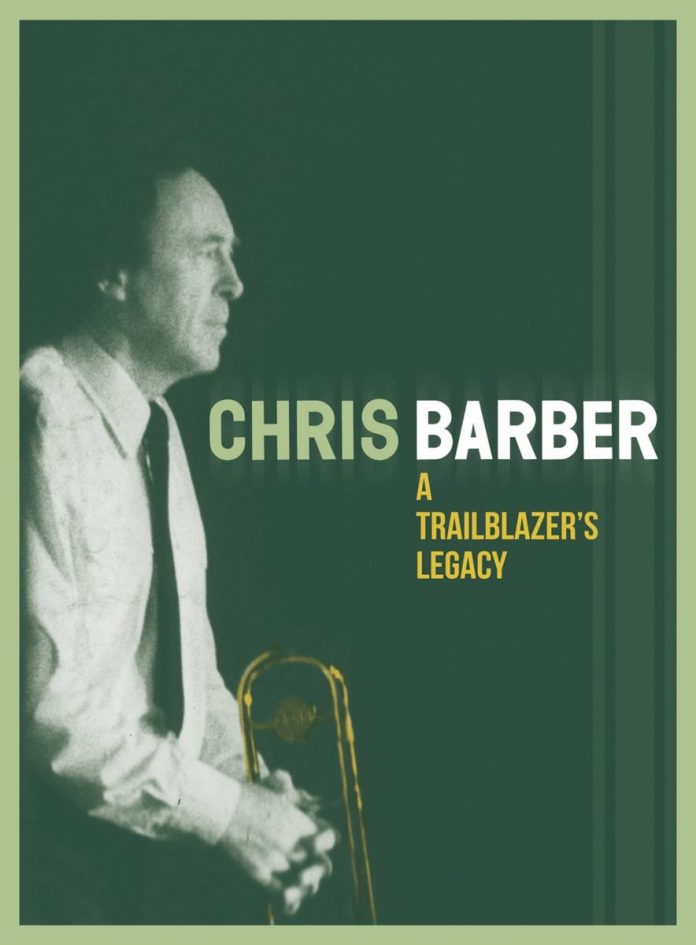 He introduced a long and diverse succession of celebrated American guests over the years, making a big impact not only on jazz audiences, but also (with stars such as Muddy Waters) on the growing UK worlds of Chicago blues – rock, R&B and gospel. Rock Island Line inspired a national skiffle craze. One such group later morphed into the Beatles. Barber’s widespread influence and involvement has been acknowledged by such diverse artists as Eric Clapton, Mark Knopfler, Hugh Laurie, Tim Rice, Van Morrison and Jools Holland.

CDs 1 and 2 feature the Barber band throughout the 50s. The ensemble was balanced and organised, the arrangements catchy and melodic and the piano-less rhythm section provided a tight, lilting and bouncy rhythm, ideal for dancing. It was a fresh new sound which proved enormously popular, and was much copied by lesser bands in the current trad boom.

CD3 covers the 60s. Special guests include altoist Joe Harriott, who shines in his calypso/gospel original Revival. In due course, James Cotton, Ed Hall, Louis Jordan and Albert Nicholas are heard with the band and Chris gets to jam on a BBC broadcast with Sammy Price and Sandy Brown. Guests apart, major changes began to happen to the band’s style and sound. Blues guitarist John Slaughter was added to the (still piano-less) rhythm section, and alto and tenor from Ian Wheeler and John Crocker filled out the ensemble texture. A daringly slow Jeeps Blues predominantly features amplified guitar, blues-band style, in fills and solo, flagging up Chris’s increasing attraction to the blues idiom. The band’s use of dynamics and sense of rapport continued to grow with outstanding trumpet from Pat Halcox in an impressive Black And Tan Fantasy.

CD4 fast-forwards nine years to 1974 for upbeat gospel from Alex Bradford. The next 44 years of Barber’s recordings are condensed into a dozen tracks. We hear Chris with Van Morrison and Dr. John, Eddie Bo and Jools Holland. Csikos, an adaption of Balkan folk music with dauntingly difficult time signatures, inspires an impressive solo from Chris. By the late 70s, the band was tackling a heady mix of funky blues, jazz-rock, soul and gospel, whilst still touching base with traditional New Orleans standards, and of course, Ellington – whose Merry Go Round, from 2007, is regrettably the only track from the Barber Big Band in a selection mostly representative of Barber’s formative 50s and 60s days.

The set is packaged very attractively and tastefully in the format of a small hardback book. Alyn Shipton (who co-wrote Chris’s autobiography Jazz Me Blues in 2014 and did the notes for the recently reissued Memories Of My Trip tribute album) compiled the selection and contributes 18,000 words of discography and biography. There’s also an account of Chris’s motor-racing career from Dave Brodie, a footnote by reedman John Crocker and 150 photos and images, mainly from Chris’s private collection.

Ending on a personal note, it was a special pleasure and privilege for me to play alongside Alyn, with a fine band, backing this remarkable musician on his last recorded session in 2018. It was 65 years after I first heard him. He was almost 89, still enthusiastic, still planning distant tours. Oh didn’t he ramble . . .

Simon Adams - 30 November 2021
Recorded in 1981 at Alice Coltrane’s Vedantic Centre north-west of Los Angeles, where she was a spiritual teacher and guru, this album made its first appearance in 1982 as...