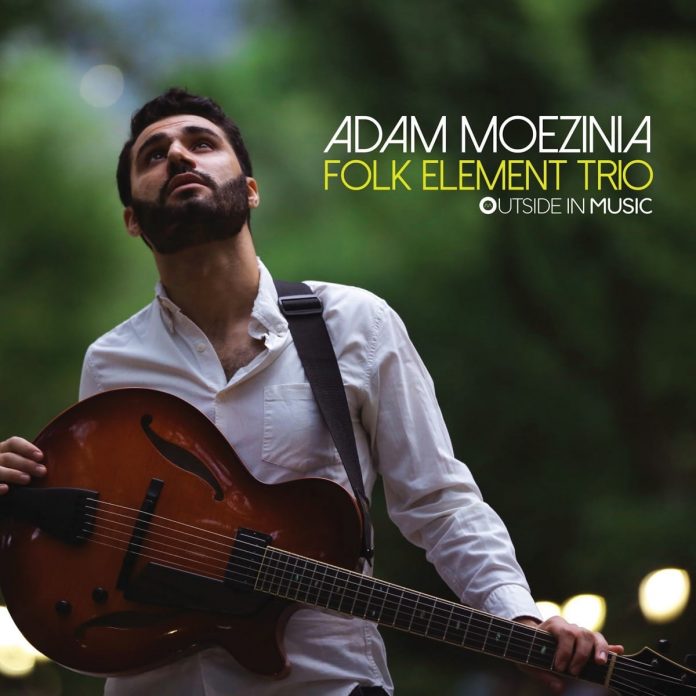 In his debut release guitarist Moezinia engages with elements from Beninese, Malian, Welsh and American folk traditions to explore how the harmonic jazz landscape can intertwine with rhythmic and melodic folk traditions.

For example, his tunes Celebration and Groove March draw on West African folk but juxtapose it with electric guitar coloured with a flange effect. The combination is at first jarring and a little unsettling, but as you hear more of the eccentric fusion, you acclimatise to Moezinia’s approach.

While these two are among four of Moezinia’s own compositions featured here, the other four pieces are drawn from Duke Ellington, Bob Dylan and Robert Johnson plus a traditional unnamed folk piece. Especially in Bob Dylan’s Don’t Think Twice Its Alright, Moezinia is able to create a sense of tranquillity and serenity through his plucked melody over light brush work from the drums.

Moezinia’s sound world is rich in stillness and peace, but ironically the jazz harmony creates constant movement. An exception is the aptly named Freeze, where, by sustaining chords, Moezinia draws on minimalistic concepts, contrasting with the constantly moving harmony often found in jazz compositions.