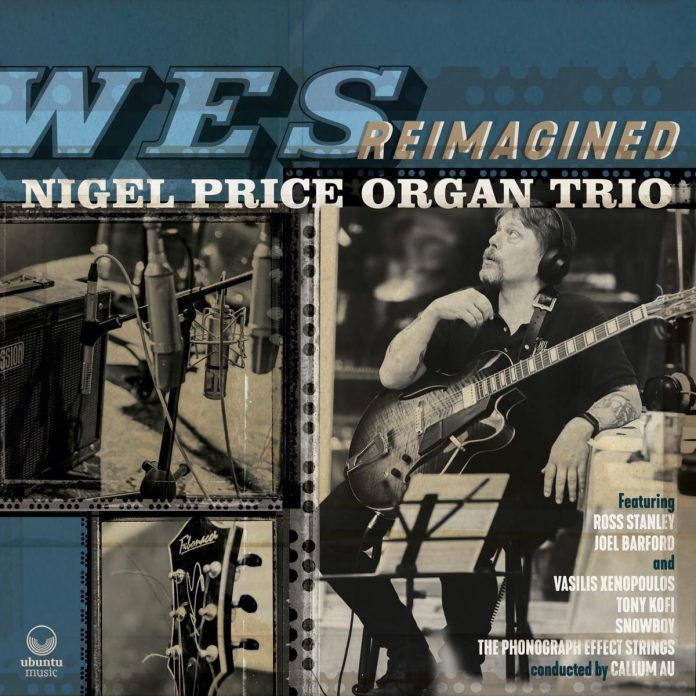 Price describes this album as a “what if?” project. Wes Montgomery, he says, “influenced a lot of the funk, soul, boogaloo and earthy groove music that was to come shortly after his passing.” The idea was to revisit some of Montgomery’s compositions (plus one by his brother Monk and a Lerner & Lowe standard) incorporating elements of these later styles.

This is quite legitimate, of course, but I have to say I was not entirely convinced by my first couple of listenings, at least partly because I disliked the arrangements of two of my favourite Wes compositions (So Do It! and Movin’ Along) and because there was rather too much samba, bossa nova or other Latin influence for my taste. However, Wes seemed to have liked it so its inclusion here is justified.

Notwithstanding all that, the album began to grow on me, not least because of some excellent playing by guests Kofi and Xenopoulos. Price is certainly a very accomplished and faithful disciple of the golden thumb and contributes several tasty solos, producing a suitably rich tone especially in the lower register. Stanley’s playing is nimble and un-stodgy and, driven by Barford, the whole band often builds a persuasive groove which I imagine would be hard to resist in a live concert.

The string quartet is used subtly on Cariba!, So Do It! and I’ve Grown Accustomed to Her Face. Controversially Wes appeared with strings on some of his later albums, so this too can be justified by precedent.