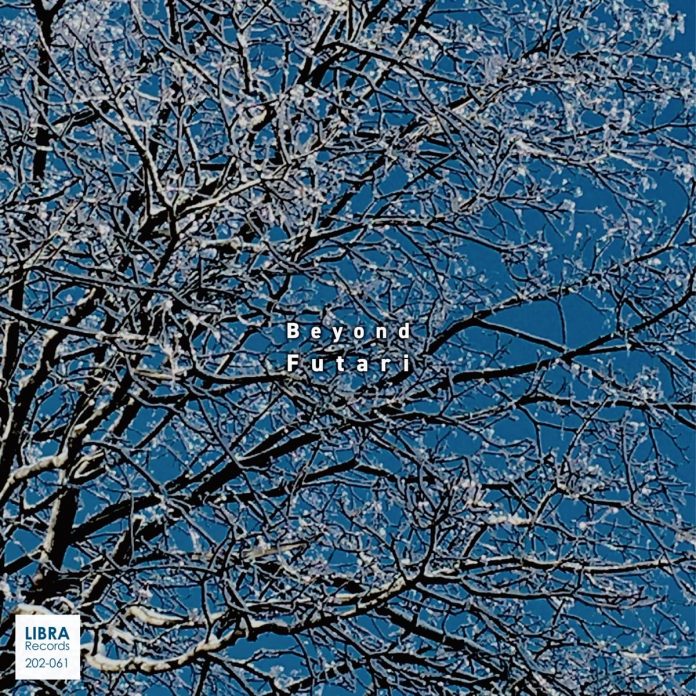 Japanese avant-garde pianist Satoko Fujii first met vibraphonist Taiko Saito in Berlin, where Fujii was touring, and Saito was a student at the Universität der Künste Berlin. That was around 15 years ago, and in the time since they have played together in a number of settings. With Beyond, Fujii and Saito release their debut recording as a duo named Futari (which simply translates to “two people”).

Fujii has admitted that a piano-vibraphone duo is an unconventional and difficult one, given how naturally similar the two instruments are. But they’ve pulled it off with apparent ease in this thoughtful record, owing in part to Fujii’s experimental percussive style blended with the hauntingly ethereal tone of Saito bowing her vibraphone.

The listener might have to dig somewhat to hear the traces of melody that are interwoven throughout the record, but they are there: a passage in Todokanai Tegami, or a short Satiesque waltz in Ame No Alto. Beyond is a very well-balanced record between two musicians that share a great musical connection.

Michael Tucker - 05 July 2021
When you hear the quality of tone and line that van Rooyen displays on flugelhorn throughout this hugely enjoyable release, it's hard – if not impossible – to believe...