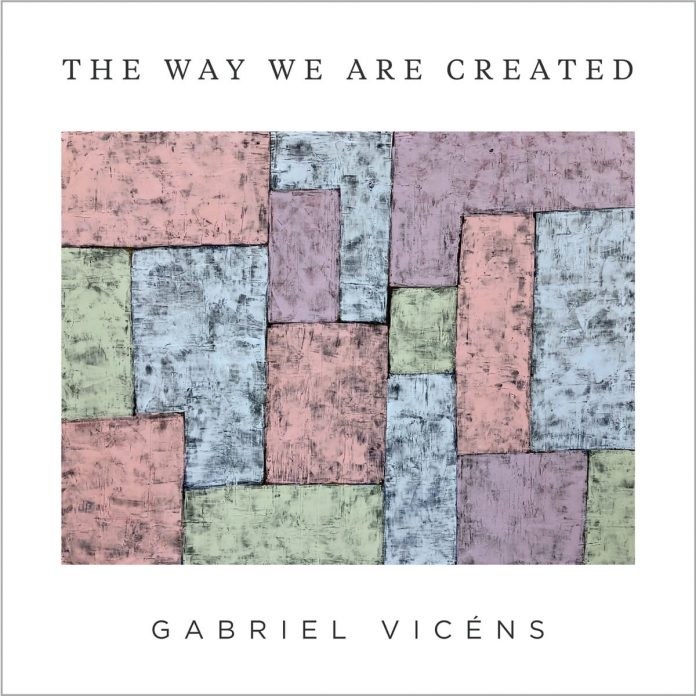 Hailing from Guaynabo, Puerto Rico, thirtysomething guitarist Gabriel Vicéns took a BM degree in Jazz and Caribbean music studies from the Conservatorio de Música de Puerto Rico, graduating as the first guitarist in the programme, in 2010. He then attended the Aaron Copland School of Music in New York where he received a Master of Music degree in 2017. Vicéns is now firmly domiciled in NYC.

His first two albums as leader, Point In Time (self-produced, 2012) and Days (Inner Circle Music, 2015) were succeeded by the extraordinary and experimental bass-less trio recording with Jonathan Suazo (alto saxophone and EWI) and Leonardo Osuna (drums) and eponymously titled No Base Trio (Setola di Maiale, 2020).

Vicéns’ tunes typically rely on his guitar evincing single-note melodic progressions rather than chords, the heads often played in tandem with altoist Roman Filiú. So, in that respect his fluid style is similar to that of, say, Pat Metheny or Bill Frisell. But his approach is not restricted exclusively to more conventional jazz guitar techniques – it’s also informed by other genres including folk, Latin and popular music.

There is certainly a Latin tinge to several of the numbers. These include To The Unknown, where Victor Pablo’s percussive accompaniment elegantly pervades the track. However, the eerily atmospheric, echo-infused approach to Fuera De Mi Cuerpo (translated as Out Of My Body), a very brief soundscape hiatus, is totally at odds with the other nine tracks. But this effect-driven guitar cadenza nevertheless serves as a successfully engaging diversion and is undoubtedly influenced by his trio outing just a few months earlier.

Vicéns relaxed yet articulate soloing is heard on numbers like It Doesn’t Matter, clearly demonstrating his craftsmanlike skill. The meticulously constructed compositions benefit from canny arrangements utilising all the instruments in a perfectly balanced formation of tonality and harmonic colour.

Roger Farbey - 28 February 2022
Rob Koral has most consistently been associated with the band Blue Commotion, led by vocalist Zoë Schwarz, of which he’s a founder member, guitarist and co-songwriter with Schwarz. Blue...