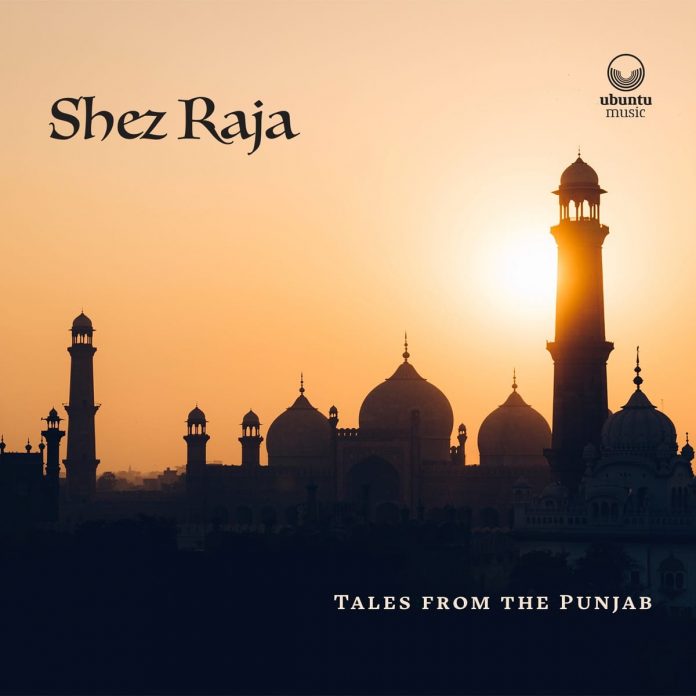 British born bass-guitar virtuoso Shez Raja journeyed to the Punjab early in 2020 to discover his roots. While in Lahore he had the opportunity to team up with some of the leading musicians of the subcontinent. This recording is the result of that meeting.

The list of musicians he’s collaborated with on recordings and gigs reads like a who’s who of jazz: Randy Brecker, Mike Stern, Soweto Kinch, Shabaka Hutchings, John Etheridge, Dennis Rollins, Denys Baptiste, Oren Marshall and Arun Ghosh, to name just a few. He’s also appeared at many of the UK’s major venues including the Glastonbury Festival, Ronnie Scott’s, the Southbank Centre and Shepherd’s Bush Empire.

Raja and his trusty Fodera Emperor 5 Custom five-string electric bass shine throughout the album, but the Punjabi musicians enlisted here all provide stellar melodic and percussive accompaniment. Whilst there is no sitar involved here there is instead the sarangi, whose three strings evince the melody whilst the 35-odd resonance strings provide a drone of sorts. Here it’s played by one of its most well-known exponents, Zohaib Hassan. On Adventures In The City Of Wonders, Ahsan Papu’s bansuri (a bamboo flute) interplays with the sarangi whilst Raja’s inventive, meaty bass lines dominate the piece.

Whilst comparisons with other West meets East jazz recordings are inevitable – John Mayer and Joe Harriott’s Indo Jazz Fusions, John McLaughlin’s Shakti and 4th Dimension immediately spring to mind – Raja has carved out his own characteristic sound that might be described as Asiatic-Modal Jazz.