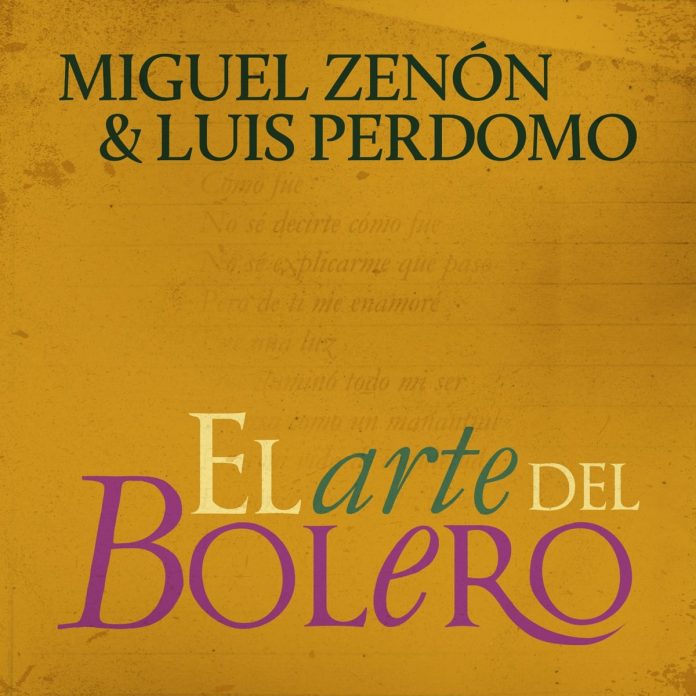 Economies of scale had begun operating in music before lockdowns added economies of means to the mix. Performers saw playing opportunities and pay cheques withheld. So, the kind of jazz duo here presented by saxophonist Zenón and pianist Perdomo as New York was convulsed by Covid-19 may have been the product of two sets of limiting circumstances. It’s to their credit that that they make it appear as though neither was operating and that this would have been a serious concept without economic or pandemic restrictions.

Recorded as a live-streamed event at The Jazz Gallery, it celebrates the bolero tradition: not the one crystallised in Ravel’s orgasmic ballet score but the sung tradition that originated in Cuba. For Zenón and Perdomo this meant songs known to their families and sung by musicians who might not be universally known, such as Cheo Feliciano and Andy Montañez. As one of critic Bill Beuttler’s 21st-century shape-shifters of jazz, Zenón is rooted in tradition as a means of taking jazz to new places.

The destinations on this album are modest. They represent points at which nostalgia is indulged in at length in duos of exemplary structure and spontaneity. Arsenio Rodriguez’s La Vida Es Un Sueño deepens it to the well-nigh sorrowful, the last line of the song – “El mundo está hecho de infelicidad” (the world is made of unhappiness) – reflecting the composer’s failure to find a cure for his blindness in the United States he’d moved to from Cuba. No less heart-aching is the hymn-like ¿Qué Te Pedí?, made famous by “La Lupe” (Victoria Yolí Raymond) in a 1960s recording with Tito Puente. Longing for home and/or vanquished happiness, as in the nine-minute version of Sylvia Rexach’s Alma Adentro, replaces absence with a lingering and yearning presence.

Length and evenness of tempo could have palled if it were not for the intensity of the playing, in which Perdomo garlands the saxophonist’s sentiments rather than providing routine featherbedding, before Perdomo himself engages as a soloist at a similar level of passion and concentration. The playing from both is exquisite and sustained. In the case of Como Fue, it’s also extra-referential in a transposition from E flat to D flat inspired by the music of Billy Strayhorn. But it’s all about the melodies, which remain throughout as beacons of a musician’s tenderness and devotion, chivvied in tempo for the Bobby Capo classic Juguete.

Ian Lomax - 13 October 2020
David Bach is a Baltimore-based keyboard player and Fierce Heart is his sixth album release as leader. He is a recipient of the 2019 Maryland Entertainment Hall of Fame...