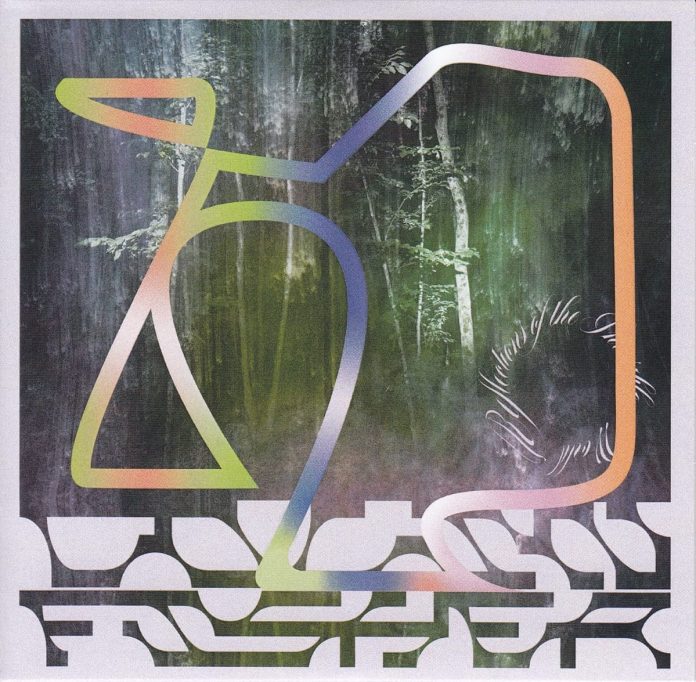 On his fifth solo album the Canadian guitarist, saxophonist and electronicist offers a series of echoey, possibly spiritualised dreamscapes with an RIYL (“recommended if you like”) from the publicist that includes Arve Henriksen, Terje Rypdal and Archie Shepp.

Second track Salient Charm reminds of the pioneer and master Jon Hassell as it lays horn-type sounds (possibly a processed sax) over a spacious pedal drone from synths and arpeggiated, sometimes sitarish guitar.

On Monadic Mirror what sounds like shifting parallel triads played on an instrument evoking a church organ slither hither and thither. Like all the material here it evokes a broad, open landscape or cosmic infinity. Is it cultural conditioning, numerous film and TV soundtracks, that occasion that perception, or the possibly accurate notion that modal drones are (or were) typical of the music of “primitive” peoples on vast, windy plains?

Double Image introduces a clear, apparently unprocessed tenor saxophone playing tentatively over synth tones and minimalist distorted guitar. There are no drums on this record, not even as the splashy colouration used on many ECM-type sessions, and indeed no explicit pulse. It has a symphonic, tone-poem ambience. The sax gets a little more expansive but remains circumscribed in range, reminding as it attempts higher pitches of the sax playing on some 80s British pop records, at one moment of Jan Garbarek.

There’s something koto-like and oriental in the guitar work on Coalescence. As ever, almost everything seems well soaked in reverb and delay, one of those factors that produces the sense of epic spaciousness. There’s a little modal guitar workout here, but it’s not particularly shapely or conclusive.

The sax ruminates again on Unchanging, over tinkly, Strat-type guitar, but on the last track the two instruments really get relatively stuck in. It’s an improvised dialogue for guitar and dubiously pitched sax over funereal block chords that suggests Fisher is a better guitar player than saxophonist. It’s the nearest the record gets to jazz.

Altogether, a harmless, mostly agreeable and largely unremarkable exercise that seems suited to shops selling incense, cushions, kaftans and the like, the yoga studio or as underscoring for moody TV programmes. It’s the sort of thing whose classical grandeur suggests accomplishment but whose general drift could probably be achieved by many an amateur with fairly standard gear.

Steve Voce - 29 March 2019
Artie and the band broadcast regularly throughout 1939 from New York’s Hotel Pennsylvania, which is no doubt why these two broadcasts from there sound very much like another day...