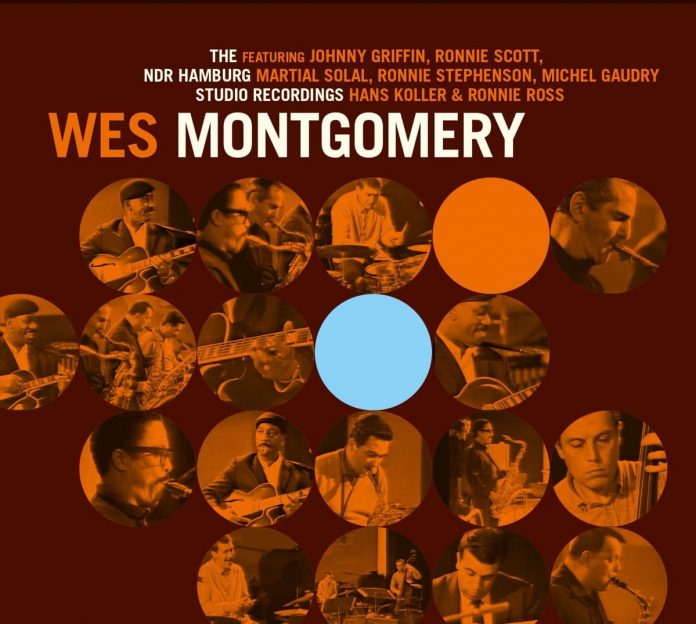 In 1965 Wes Montgomery (only three years before his premature death), made an extensive tour of Europe. At venues which included Brussels, Paris, San Remo and London, he performed with his regular rhythm section of pianist Harold Mabern, bassist Arthur Harper and drummer Jimmy Lovelace, as well as with local musicians. In the NDR Hamburg Studio 10, on 30 April 1965, he became the nominal leader of an international saxophone section comprising Johnny Griffin (African-American), Hans Koller (Austrian), Ronnie Scott and Ronnie Ross (British), with French pianist Martial Solal and bassist Michel Gaudry, and British drummer Ronnie Stephenson.

Released for the first time – with an accompanying Blu-ray disc of five rehearsal takes made two days before the concert – this set shows those involved playing at the top of their respective games. All get chances to solo and make the most of the opportunities.

The most striking thing about these sessions is that the newly created sax section performs as to the manner born. It breathes new life into arrangements of such Montgomery classics as West Coast Blues, Twisted Blues and Four On Six. Griffin delivers his trademark solos on several tracks, while Griffin and the talented Ronnie Ross (who gave saxophone lessons to a young David Bowie in 1959), acquit themselves with distinction. Altoist Koller adds his powerful voice to the reeds. The always inventive Solal stretches out on several tracks, particularly Opening 2, and with Gaudry and Stephenson underpins every performance. A slow tempo rendition of Blue Monk has a searing tenor solo, most probably by Griffin, followed by impressive contributions from Wes and Martial.

The longest track – Here’s That Rainy Day – receives an extended bossa-nova-ish work out by The Master (with only bass and drum accompanists) who is as fleet of finger (and thumb) as ever. On the remaining tracks, he both leads and blends in with his companions. Towards the end of his life Wes reportedly said “My musical performance depresses me.” This may have been a veiled reference to the pop-orientated, “easy listening” and often trite material forced on him by producer Creed Taylor.

The Blu-ray rehearsal session (in black and white) has one title – On Green Dolphin Street – not apparently played at the concert. There are arresting shots of the participants, with Ronnie Scott seen wandering around the studio or conversing with his peers. Solal receives extended coverage, while Griffin keeps his fellow saxophonists in line.

Two minor criticisms: the sleeve note by Michael Laages refers to the “sublimely arranged brass section” (not on my copy), and it would have been helpful to have identified the solo statements by the saxophonists. That said, this is a heart-lifting and rewarding compilation, with Wes playing true jazz.

Brian Payne - 24 March 2021
Time Out became the first jazz album to sell over a million copies. To this day its best known track, Take Five, remains the biggest-selling jazz single of all...