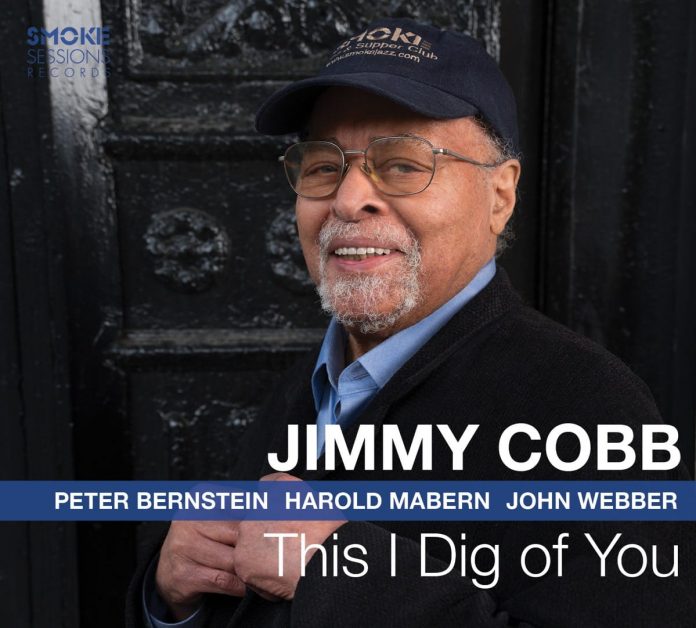 The impression I get from this release is that the musicians thoroughly enjoyed every minute playing on it. It is not something I notice on most of the jazz recorded these days but old- time veterans like Cobb and Mabern knew how to make music that satisfied and pleased their audiences and themselves. Given that Mabern was 83 and Cobb 90 when it was recorded, their enthusiasm and the freshness of their playing is quite something.

The programme is an anthem to the bop and hard bop tradition they grew up in and contributed so much to. Hank Mobley’s This I Dig and Dexter Gordon’s Cheese Cake take care of the hard bop classics. Here they receive free-flowing readings with striking solo contributions from Bernstein, Mabern and Cobb. The standards are some of the favourites of the boppers down through the ages, here given clear, new interpretations that sound original without straying far from the composer’s intentions.

The only new chart for this date is by Bernstein, a slow, sturdy, soulful piece called Blood Wolf Moon Blues. As for I’ll Wait And Pray and Full House, Jimmy Cobb played on Coltrane’s 1959 version of the former and was there again in 1960 when Wes Montgomery recorded the latter selection. These versions are straightahead, inventive and always swinging. Swinging was mainly what Cobb and Mabern were about. Mabern’s rhapsodic solo on Old Flame is a highlight of the track but there are many special highlights throughout the programme. It’s just well-played hard bop and blues from start to finish – and none the worse for that.

Natalie Weiner’s sleevenote was written shortly after this recording, when she stated that Mabern and Cobb hoped to record further material. She noted Mabern’s comment that the two things you could not be taught were how to swing and how to play the blues. Cobb did both, he said. Sadly, Mabern died at the end of 2019 aged 83 although Jimmy Cobb went on for another year before departing this world in 2020 aged 91.

Bernstein was a good choice as frontline soloist and Webber slots in well with Mabern and Cobb in the hard-swinging rhythm section. Although only a quartet, the band achieve a very full sound all through this session. It may be that this was Jimmy Cobb’s last record and if so it is a fitting tribute to a seasoned, highly professional jazz drummer who will most likely be remembered for being the percussionist on the best-selling jazz album of all time: Miles Davis’s Kind Of Blue. But through more than seven decades of playing he was never less than a first-class drummer who was always discreet and encouraging to the various soloists.