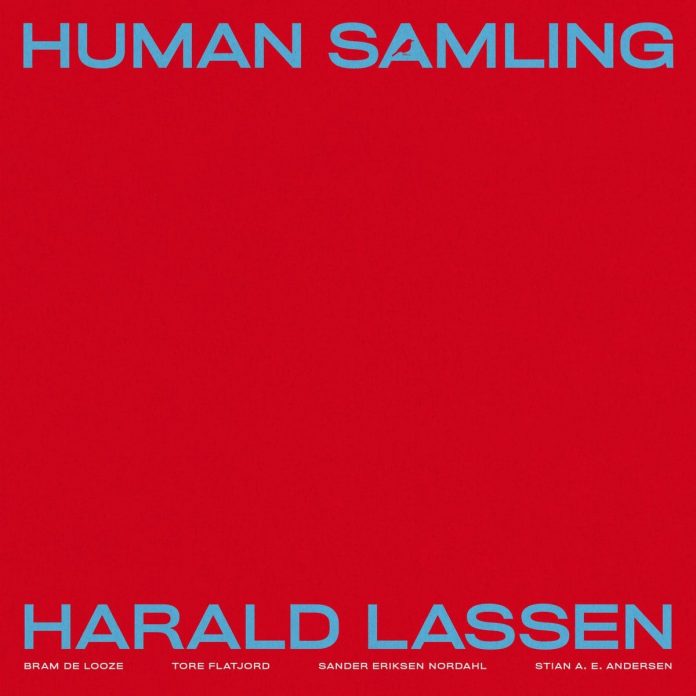 Lassen’s 2019 Jazzland debut Eventyrer was quite a statement, and I was struck both by its gritty authenticity and the way in which old and new currents in Scandinavian jazz coalesced. A truly composite musician, 34-year old Lassen has been through a formal jazz education (he holds a masters in improvised music from the Norwegian Academy of Music), but has gained many equally formative “real life” experiences as a working musician. A member of the influential indie-jazz group Pixel (2010-17), the saxophonist has also worked extensively on the African continent, and his open-eared eclecticism now draws on genres as diverse as prog rock, spiritual jazz, traditional Norwegian music and pop, to name but a few.

More groove-based and a little smoother than Eventyrer, the majority of Human Samling was recorded in the studio, though the credits reveal the extent to which material recorded in the artists’ lockdown living rooms has been woven into the final mix.

Opening with what might best be described as a nostalgic and funereal dirge, the album quickly changes mood as the group slide into the gyrating themes and languid grooves of Berry Joy. Voyager has an almost township feel, while the atmospheric Thinkwalk blends churchy pipe organ and samples from the natural world to surprisingly powerful effect. The post-fusion stylings of Stella feature newcomer Sander Eriksen Nordahl on guitar, while the ambient soundscapes of ListenTo stand in glorious juxtaposition to the frenetic free bop of Awaa!

Elsewhere, the sampled announcement by John Stevens from a 1971 SME concert felt like a reacquaintance with an old friend, and Lassen certainly heeds the master’s sage advice. A reflective De Looze turns part one of How It Feels into an intricate jazz fugue, while the densely layered saxophones of Pillow Talk close the programmatic circle, taking us back to the album’s somewhat pensive starting point.

For those who may be wondering, “samling” loosely translates as gathering, unification and assemblage. Fusing many divergent cross-cultural references into a personal and believable style, the title fits Lassen’s mission to a tee.

Nic Jones - 12 June 2022
We should always be wary of the siren voice of nostalgia even when it's as enticing as in this 13-disc set, which takes in how Nucleus evolved and thrived...