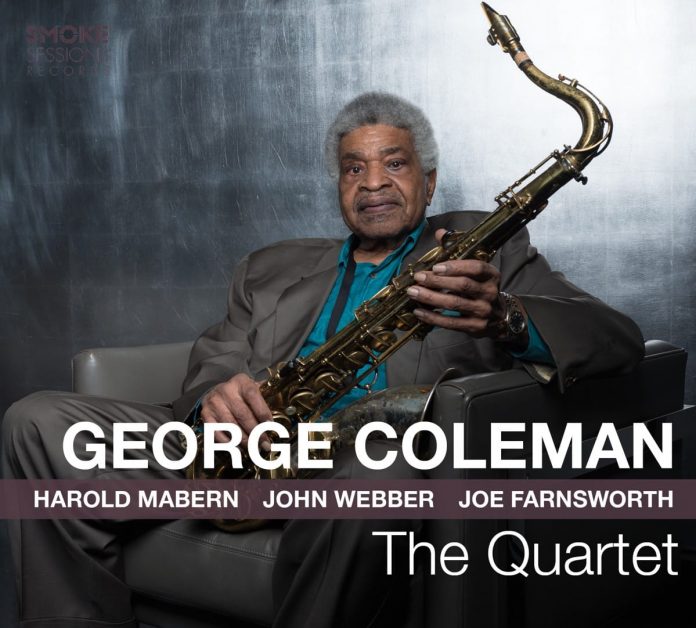 Memphis was a key location in 20th century popular music, out of proportion to its relatively modest size – think of Sun and Stax Records, WC Handy, BB King and Elvis Presley. It also had a vital role in modern jazz. George Coleman was born there in 1935, and was a pupil at Manassas High School with Harold Mabern, Frank Strozier and Booker Little. Phineas Newborn was born near Memphis in 1931, and Charles Lloyd was born there in 1938 – an amazing collection of talent.

Coleman worked with Max Roach 1958-59, settling in New York, and recording with Booker Little. In 1963-4 he was a member of Miles Davis’s quintet, appearing on Davis’s Seven Steps To Heaven, and Herbie Hancock’s Maiden Voyage. Miles had hired him on Coltrane’s recommendation. In his autobiography, Miles said “He was a hell of a musician, but Tony [Williams] didn’t like him. Tony wanted somebody who was reaching for different kinds of things, like Ornette Coleman.” Williams, Hancock and Carter wanted to play freer, “and they felt that George got in the way. George could play free if he wanted to; he just didn’t want to. He preferred the more traditional way.” But Miles has only praise for the tenorist. When he left, he was replaced by Wayne Shorter.

George Coleman hasn’t been prolific in recordings as leader, and remains underestimated. On this second release for Smoke Sessions, he’s joined by pianist Harold Mabern, with whom he had an almost lifelong relationship, bassist John Webber and drummer Joe Farnsworth. This very simpatico quartet was together for nearly two decades, and it’s a pity that it took them nearly that long to make their recorded debut – sadly, Mabern died later in 2019.

It’s good to hear that strong, familiar saxophone sound, and to find that Coleman is still on excellent form. Paul’s Call is a new, modal composition dedicated to Smoke Jazz Club owner Paul Stache. Coleman’s quartet opened the club in 1999, and recording them “is the reason we have a label,” Stache says. Lollipops And Roses, best known in singer Jack Jones’ 1962 rendition, is an unusual choice; more familiar is a strongly swinging interpretation of Benny Golson’s Along Came Betty, and a lyrical take on Jobim’s Triste. This is an immensely enjoyable and heart-warming release. I’m catching George Coleman live streamed from Smoke at the weekend, and I recommend that you catch up on their excellent programme.

Brian Payne - 22 March 2020
Stan Sulzmann and Nikki Iles have recorded in various groupings over the years but their own sax and piano pairing has generated just two albums in the past quarter...