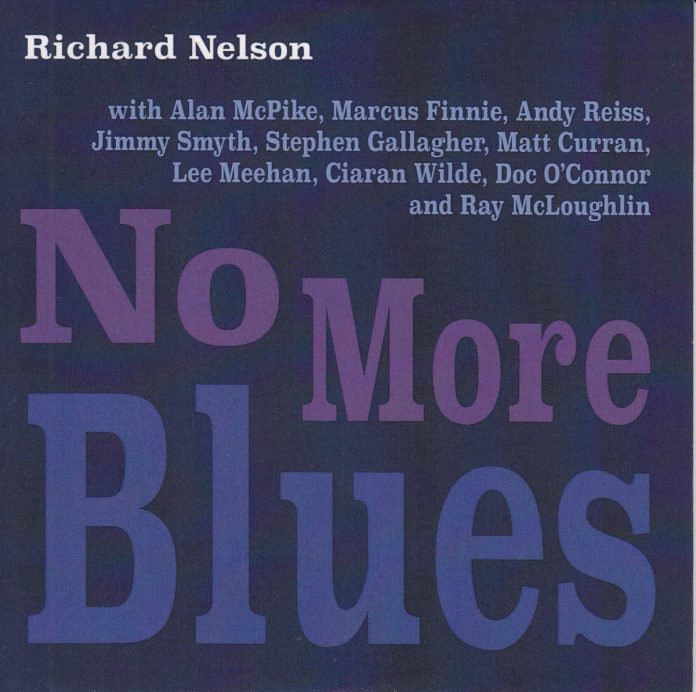 Here’s a refreshing thing. I doubt Nelson is the only person to play jazz on pedal steel, and there are scores of virtuoso steel players in country music but steel and jazz is something rarely heard. It’s also a colourful collection of titles, from high-octane bebop to Latin to ballad, giving a broad and varied platform for Nelson’s skills.

He’s accompanied by top-notch jazz players that all appear, like the session itself, to come from the island of Ireland. The website of Modal Citizens Records (excellent name) says it’s “based in the Irish Borderlands”, but it’s not clear whether that’s Ireland or Northern Ireland, or both sides.

Nelson has apparently appeared on 200 albums and played with such as Van Morrison, Mary Duff and Philomena Begley. I’m assuming there’s a strong folk/country connection in his background but his command of jazz is clear too. Bearing in mind how hard it is to play rapid staccato lines on pedal steel, there are moments when the distance between the fluency of the steel and that of the excellent regular guitarists is clear, but at other times you barely see the gap.

Nelson doesn’t take the easy route. He’s obviously comfortable on the ballads, but the band also do such jazz test-pieces as Donna Lee and Giant Steps along with the Bob Berg’s colossal shuffle-bebop head Friday Night At The Cadillac Club. It’s on these faster titles that the glissando nature of the steel creates a curiously drunken, lurching quality, notes being slithered into and out of, sometimes with a tail that suggests a standard guitar with delay and pitch shifter.

There isn’t a bad number here, but ones that especially caught my ear were Friday Night, Ruby, My Dear (suggesting, like ’Round Midnight, a harmonic sophistication and structural ingenuity in Monk’s ballads not obvious in his up tunes where the comedic and facetious can predominate) and Chega De Saudade. Shorter’s Wild Flower is also notable: apart from being a powerful Shorter composition, its oblique modal mood is a stylistic departure and it features out of nowhere a very fluid Desmond-toned alto solo as well as a cheeky quote on the steel from She’s Leaving Home.

An ebullient and absorbing hour then, especially for guitarists and lovers of swing, bebop and blues and for listeners like me who are partial to the extra colour created by non-standard instruments such as accordion and harmonica. Despite distinguishing in the opening between jazz and country I should add that this music often reminds of western swing, that lively, sophisticated music that early bridged the two styles.

Simon Adams - 29 March 2019
From the off, the Captain Black Big Band hits the ground running, one fiery solo following another as the band cuts its way through "The Scythe". It’s exhilarating stuff,...