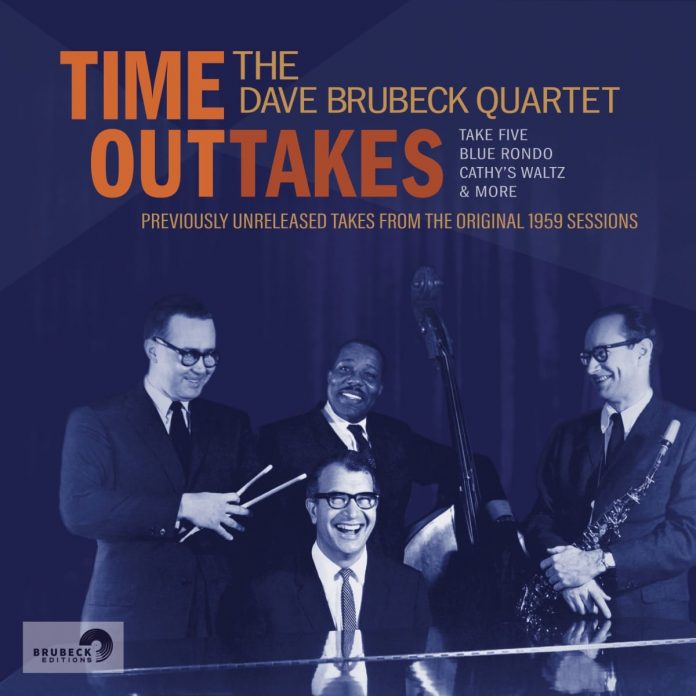 Time Out became the first jazz album to sell over a million copies. To this day its best known track, Take Five, remains the biggest-selling jazz single of all time. Seven alternate takes from the recording sessions in 1959 together with a track of studio banter have been released to mark what would have been Dave Brubeck’s 100th birthday. These outtakes provide a new lens through which to appraise the music. Invariably the alternatives are as riveting as those chosen for the original release.

The alternate Take Five is livelier, taken at a faster pace than the version we know and the solos are different. The band is clearly adjusting to the number’s 5/4 rhythm and Joe Morello’s classic, unhurried beat isn’t laid down yet. Blue Rondo A La Turk is a third longer than that on the original record. Its 9/8 metre which Brubeck had heard street musicians play in Turkey is there as are its sax and piano solos in 4/4. The shift is that both Brubeck and Paul Desmond revert to 9/8 again at the close, making this rendition feel more joined up than the Time Out version.

The band is a lot breezier in the alternate rendition of Strange Meadowlark. Desmond’s soloing is notably exploratory as if he’s purposefully handling it as a preparatory take. The same is true with Three To Get Ready, where we hear him trying out several ideas prior to eventual opting for the selected version. Cathy’s Waltz, named after Brubeck’s five year old daughter, now has its title corrected from the wrongly printed ”Kathy” that appeared on the original album.

Time Out’s last two tracks – Everybody’s Jumpin’ and Pick Up Sticks – were recorded in one take so there are no alternatives here. Instead there are two hitherto unreleased tracks from the same recording session – the standard, I’m in a Dancing Mood, and Watusi Jam. The latter is an impromptu number that Brubeck, Eugene Wright and Morello put together while they were waiting for Desmond to arrive at the studio. Based on Watusi Drums from The Dave Brubeck Quartet in Europe LP, it has a significant drum solo from Morello.

Time Out is now so ingrained in us that it’s hard to see anything replacing it but if this alternate version had been issued instead there’s little doubt that it would have taken the public by storm just as the original did.