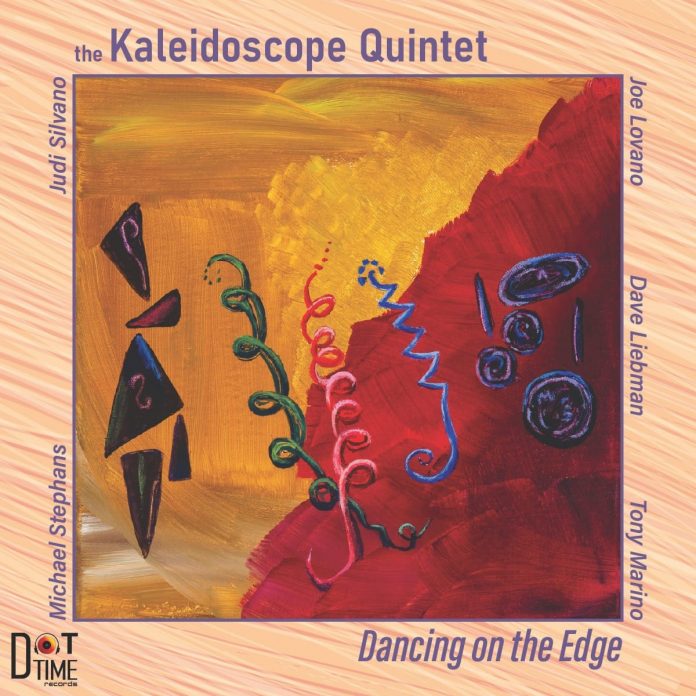 This well-recorded 2013 live session by the Kaleidoscope Quintet sees the saxophonists Joe Lovano and Dave Liebman on good form, with close, attentive rhythmic support from Tony Marino and Michael Stephans, plus vocalist Judi Silvano on two of the tracks. The absence of piano gives the band space and openness and the result is a hard-driving, free-spirited performance.

The material includes two Lovano compositions – the saxophonists weave patterns on Topsy Turvy, with Stephans’ drumming hard, fast and urgent, and Silvano’s voice used as an extra horn, although some might find this something of an acquired taste. Blackwell’s Message was written for the famous drummer, with whom Lovano played in the early 90s, resulting in the widely acclaimed album From The Soul. It starts with flutes in unison, adding Marino’s bass before opening up with Silvano exploring a wide range of vocal techniques. The tenors follow, leading into a fast, free-flowing section before, in a sense of symmetry, the bass leads into the tail-off.

Liebman’s Day And Night is a direct variation of Cole Porter’s Night And Day, and he begins by taking it into freer areas, deconstructing then rearranging the melodic theme. In the early stages Lovano keeps to the tune under Liebman’s flights, but then brings in his full tenor sound, threatening to adhere to the original guidelines before ripping into it; Porter’s inspiration is never far away though.

There’s a strong rendition of what Alan Barnes likes to refer to as The Cheese Song (There Is No Greater Love), Liebman taking his tenor to the standard, full of creative power and imaginative discursions; this is impressive and enjoyable, a highlight of the album. Although at times uncompromising, it retains the melodic element.

Liebman’s other composition included here is Get Me Back To The Apple, a fairly straightforward piece of what could be described as post-Ornette music. Suitably stark with its lack of piano, but assertive and full of attack from the dual spearhead, the piece is firmly anchored by Marina and Stephans.

John Adcock - 08 September 2019
The Rodgers and Hammerstein show tune My Favorite Things was, from the outset, a perfect vehicle for jazz musicians to explore. Within four days of the show it comes...