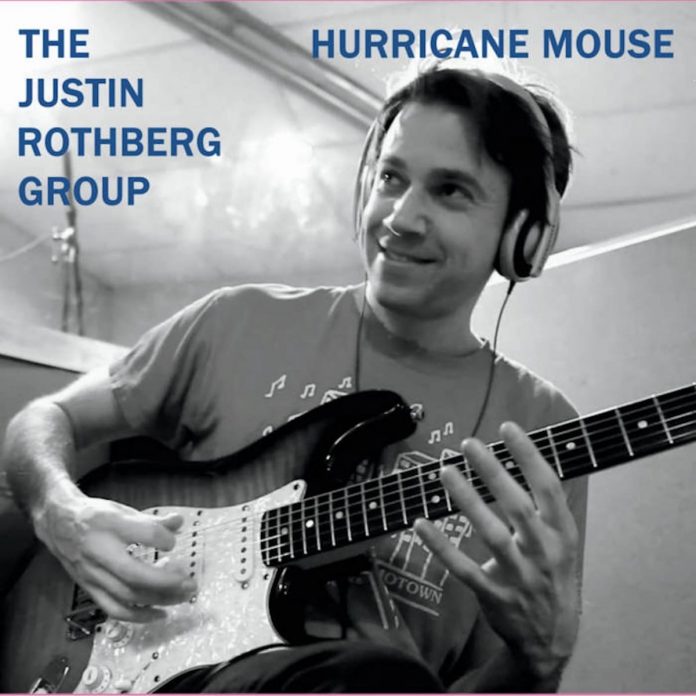 New York-based guitarist and composer Justin Rothberg leads his quintet for the third record under his name and the follow-up to Old Business (CD Baby, 2015). A City College of New York graduate in music, Rothberg has played in a variety of settings including pop, jazz, musicals (on and off Broadway) and even classical, performing with the New World Symphony. His compositions are notable for their eclectic nature, betraying influences of many idioms including jazz, funk, afrobeat, folk and blues.

The slinky Brecker-esqueness of the title track opens this 75 minutes’ worth of guitar-led fusion. A laidback version of Bob James’ Piece Of Mind (the only non-Rothberg composition here) showcases saxophonist Todd Groves displaying some satisfyingly elegant soprano work.

There are frequent gratifying surprises throughout the album as with Rothberg’s skilful deployment of mandolin on Hotel Show Repeat. Another is the realisation that, despite the lack of keyboards, thanks to Rothberg’s sophisticated comping and arranging prowess the sound produced by the group is consistently full and harmonically rich. There are even a couple of reggae numbers thrown into the mix for good measure; Bad Apple sees Groves on melodica and the perky Beach On Christmas with Groves now supplying airy flute lines and a soupçon more mandolin from Rothberg.

Whil the record never quite takes-off stratospherically – perhaps owing to the recording’s length and stylistic eclecticism – there are some excellent and novel moments, tantalisingly indicative of greater things to come.

Elliot Marlow-Stevens - 11 December 2020
Composer and pianist Thierry Maillard has released a number of albums over the past 20 years, covering both the worlds of jazz and classical music, and his latest is...