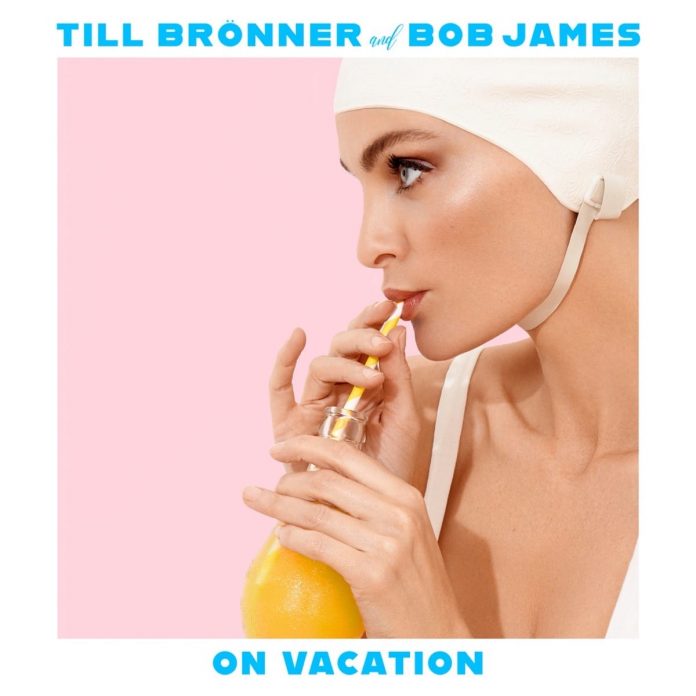 When you combine the talents of American pianist Bob James with German trumpeter, Till Brönner you would expect something special. Add the talents of drummer, Harvey Mason (Fourplay, Gerry Mulligan, Chet Baker, Ron Carter and Eddie Henderson) and bass player Christian Von Kaphengst (Randy Brecker, Roy Hargrove and Joe Sample) and you should be expecting a great deal more.

Bob James is by far the better known of the two musicians. A veteran of the American jazz scene (notably with Fourplay and in award-winning collaborations with artists such as David Sanborn and Earl Klugh), he is equally at home composing theme music (e.g., Angela – Theme from Taxi), adapting classical music to a modern-day scene (Rameau) and playing a more traditional jazz set with his own Bob James Trio.

Till Brönner recorded his debut album (Generations Of Jazz ) with bassist Ray Brown and drummer Jeff Hamilton in 1993. He holds the distinction of being the bestselling jazz musician in Germany when his album (That Summer) made the German pop charts in 2004. Under the production direction of Larry Klein, Brönner recorded his next two albums (Oceana and Rio) with guest vocalists including Carla Bruno, Madeleine Peyroux, Melody Gardot and Sergio Mendes. Like James, Brönner is familiar with composing soundtrack music, having written scores for a documentary about photographer William Claxton and Hollentour, a movie about the Tour de France. His Sony debut came in 2016, with the release of The Good Life, followed by the platinum selling Nightfall (2018).

Recorded over eight days at the famous Studios La Fabrique in Provence, the album has three songs from James and four from Brönner. Harvey Mason and Scott Tibbs pitch in with Sunset Vale. The rest are covers, including Neil Diamond’s September Morn, I Get It From You (written by 70s pop group, Pages) and If Some Had Told Me by Peter DeRose and Charles Tobias (previously covered by Sarah Vaughan, Gordon MacRae and Kenny Burrell). Last but not least there is a new arrangement of Spencer Williams’s venerable classic, Basin Street Blues.

The material is overwhelmingly elegant, relaxed, laidback, mellow and smooth – but not formulaic in the usual smooth jazz way. There are touches of bossa (Lemonade, Lavender Fields), blues (Basin Street Blues) and the retro and breezy vocal style on Lemonade and On Vacation is uplifting and works a treat.

There are inevitably echoes of Fourplay in the music, since James’s piano style is so characteristic of that band’s sound. However, that is not a criticism since no band does seamless interplay and instrumental duelling better than they do. The presence of Harvey Mason on drums simply reinforces Fourplay’s fingerprints on this recording. But this not a Fourplay album under a different guise. Whilst Brönner’s sophisticated horn playing (reminiscent of Chris Botti) complements James’s smooth-jazz tones wonderfully, he also adds a very different and original sound. This is certainly a case of the finished album being greater than the sum of the component parts.

This album was a tonic to review on a cold winter’s day in February and has remained on my playlist ever since. Even though we can only dream, at this moment, of a vacation in the sun, this album certainly brought that experience a little bit closer.

Barry Witherden - 22 August 2021
The name might lead you to envisage a late-60s Californian psychedelic-rock band, but you’d be mercifully mistaken. The music is rooted in the culture of the Mahgreb, particularly Morocco. The...