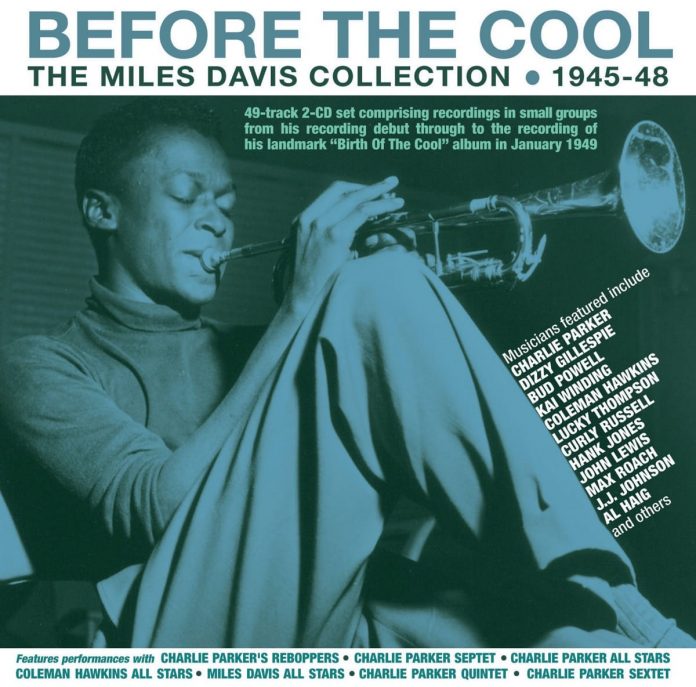 There’s nothing left to discover, of course, of Miles’s work before 1949. Those years, that we now look on as history, had him honing his recently learned methods at a voracious speed. How else would he ascend to his masterpieces with Gil Evans and beyond?

Here, already possessed of a beautiful luminous tone and a bebop trumpeter’s dexterity, he was in at the creation of a jazz gallery of classics, and it’s of no surprise that the majority of the work was with Charlie Parker. Take away the four Coleman Hawkins tracks and this becomes a Charlie Parker album. Hawk’s tracks are the only ones not particularly well known, for all the rest are well-hammered classics that will have been owned by almost all our readers.

Miles was fortunate in developing in the presence of such a master, but there were drawbacks, because the trumpeter eventually felt crushed by his inability to match Bird. All the musicians on the album were in awe of the great man, who really did stand out as a messiah, and the few that were privileged to stand beside him were talented indeed. But alongside Bird they’d always be taken for granted.

It was Gil Evans who made the point that Miles was “the first man to change the sound of the trumpet since Louis Armstrong.” Miles was also, on these tracks, preparing to move away from bebop to the less ugly and more lyrical music that he developed with Evans. By the final track he’s already showing more confidence and articulation in his solo. Don’t miss Haig’s fine solo and for once Bird, relentlessly raved about, gets stuck into repeating a phrase in his outing. Having said that, ballads like My Old Flame rank amongst the greatest of jazz classics.

Newcomers to Miles’s later more acceptable work should view this set as essential listening, for it is very palpably his Old Testament, as he feels his way to what is to come.

Nic Jones - 29 March 2019
The name might trigger memories of an Irish comedian for some readers, but there’s little humour in this music. Allen has chops to burn like every member of this quintet,...