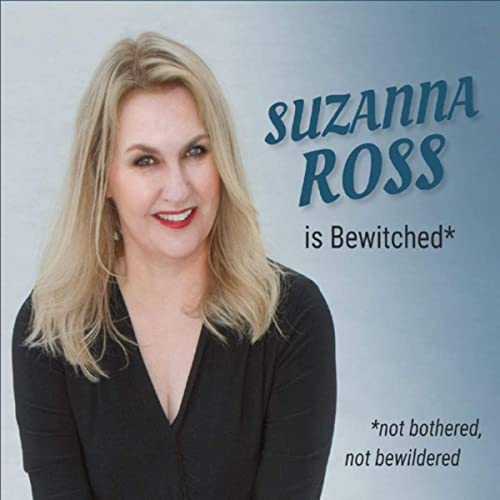 Although a familiar voice on New York’s jazz and cabaret scene, Suzanna Ross is not well known internationally. With Bewitched, her debut album, she seeks to expand her audience and her chosen repertoire will have wide appeal.

Among the songs are some familiar through films and television: Over The Rainbow, Laura, My Favorite Things, Bewitched. The last-named is Jack Keller and Howard Greenfield’s theme from the eponymous TV show and is not, as the album title makes clear, the bothered and bewildered song. She also sings There’s A Kind Of Hush, one of the more romantic songs from 60s Brit-pop, some French chansons and Antonio Carlos Jobim’s Dreamer.

Ross’s vocal sound is light and warm and clear with the merest whisper of vibrato. She interprets lyrics with understanding and is at ease with the slow and mid-tempos chosen here. It’s perhaps more cabaret than jazz, but thoroughly engaging.

The singer’s accompanists here are all very good, cushioning her on ballads and providing a lift on the bouncier songs. All three instrumentalists have brief solo spots, most going to pianist Toroian who is also the arranger for the session. His choices of tempo brings an air of freshness to even the much-recorded songs.

This album will appeal to all those who like hearing good songs sung well.