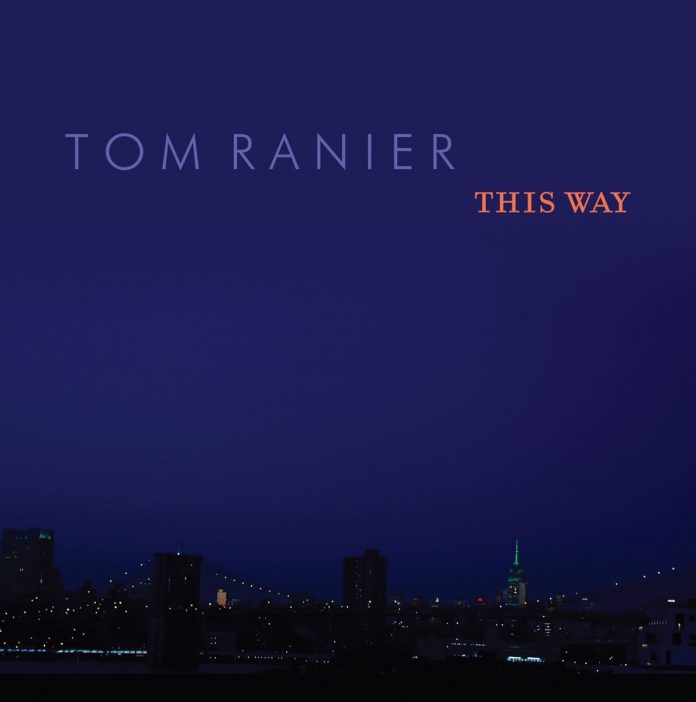 After 14 years working as a pianist, clarinettist and composer in various settings, Tom Ranier makes his debut as leader, playing a huge variety of instruments to an impressive standard. His proficiency is perhaps unsurprising given his history of regular performances at the Grammys, Oscars and Golden Globes, not to mention recording for artists such as Terry Gibbs, Eddie Daniels and Barbra Streisand. Ranier believes this has helped him to develop his broad palette.

He also studied much classical music whilst growing up, which really shows in the second track of this album, Circle, which gathers inspiration in terms of its harmonic scheme from 18th century classical music.

However, Ranier stands as a jazz musician at his core – the opener Blue Aria contains surging rhythms which are accompanied by a flowing melodic line above: an eclectic combination that excites the listener from the start.

The influence of the Brecker Brothers also comes to the forefront on This Way. Secret Heart, one of only two tracks that are not Ranier’s own, was co-written by Randy Brecker and Eliane Elias and acts as a tribute to Michael Brecker, who recorded a soprano solo on the Brecker Brothers’ recording of this tune. Not only this – the titular track of this album also displays Ranier’s admiration for the Brecker Brothers.

The fourth track, Yes Kloose, connects to the nickname given to drummer of the album, Ralph Humphrey. It’s written in the fairly unusual time signature of 7/4 and Ranier says “I think Ralph is maybe one of the absolute masters in the whole world at playing odd times signatures”. But all eight tracks on This Way contain rich sounds and complex and virtuosic instrumental playing by some hugely talented musicians.

Matthew Wright - 16 February 2022
Some years ago, American finger-style guitarist Duck Baker was a regular visitor to London and would find his way to Collets Folk & Blues Shop. An engaging and inquisitive...