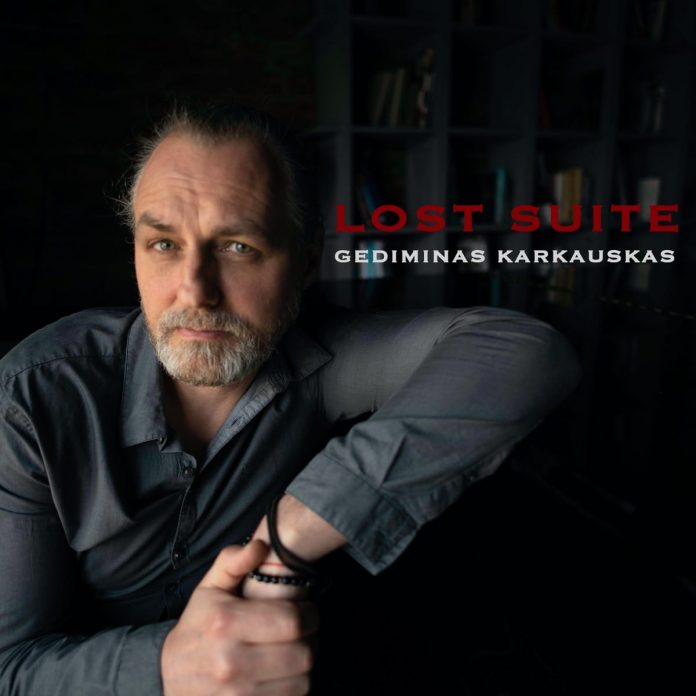 When one reads in reviews that Lithuanian jazz pianist and composer Gediminas Karkauskas’s debut CD is “a jazz album with classical influences”, one could be forgiven for thinking immediately of Jacques Loussier. However, one would be mistaken, as Lost Suite is a very different animal indeed, featuring only the pianist performing six self-composed originals adapted from pieces first written for his trio.

Based in Dublin since 2001, Karkauskas studied at Ireland’s Newpark Music Centre at Blackrock and then at the Royal Conservatory of The Hague, and he holds a certificate from London’s Guildhall School of Music and Drama. Maintaining his ties with the Baltic music scene, he has appeared regularly at the Lithuanian Broma Jazz Festival, both solo and with his trio, as well as on the Irish jazz scene, including a spell with guitar icon Louis Stewart. His diverse musical influences range from Bill Evans, Horace Silver, Bud Powell, Thelonious Monk, Herbie Hancock, Brad Mehldau and Jaki Byard to Debussy, Brahms and Chopin.

The influence of Evans is much in evidence, and echoes of Scandinavian artists such as Dahl, Svensson, Lien and Gustavsen are also present, as Karkauskas takes a slow, measured and somewhat dreamy approach to his work. The opening title track finds him making seamless transitions between the worlds of classical and jazz, his gentle improvisation coming across as effortless and relaxed, rather than the fraught, frenetic sounds relished by some fans of spontaneity.

Talking Summer and The Blame Rests continue in a similar vein, featuring neat trills and minor chords, while Not To Sugar Coat What Has Gone On Here is even more pensive, with low, left-hand notes accentuating a feeling of melancholia before the pianist inserts a few jazzier runs at the top end.

Following the moody tones of Alien, the set closes with the eight-minute Take Nothing, which is taken at the same funereal pace as the rest of the album, and features a few more discordant devices and strong step manoeuvres, but also drops in some playful runs before coming to an abrupt halt.

The melodies here are exquisite and the execution flawless, melding jazz and classical disciplines to deliver six sparkling new originals. However, the influence of Evans and the Scandis is perhaps a little too prominent, and the presence of one or two up-tunes or even mid-paced numbers would have made for some variety in this very slowly executed continuum. Yes, this is a concept album and fans of the medium will say a desire for quicker tempo is to miss the point, but a little undulation would have been nice.