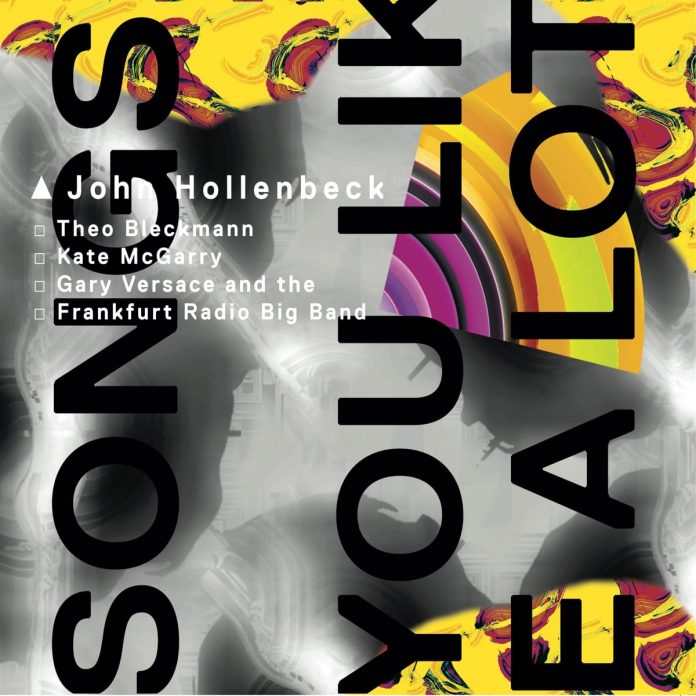 There is something of the wry humourist about band leader, arranger and composer John Hollenbeck, a tendency to introduce wit and wisdom into his music while still delivering albums of ingenious arrangements and considerable musical flair. This trait is evident in the trilogy that began in 2013 with Songs I Like A Lot and continued in 2015 with Songs We Like A Lot. The declension comes to a finale with this latest set that, as before, features a series of incisive, big-band arrangements of popular classics.

Whereas the songs in the first set were chosen by Hollenbeck himself and those in the second by singers Theo Bleckmann and Kate McGarry, the selection this time was made by listeners nominating and voting for their favourite songs for Hollenbeck to arrange. Their choice was wise, and Hollenbeck’s arrangements suitably adept. Throughout, he chose “to highlight facets of each song that were not obvious to the listener in the original, perhaps revealing hidden and exciting new layers”, rewinding the original compositional process to go down a different path from the one the original composer took. It’s an approach that pays massive dividends.

Hollenbeck takes the traditional folk song Down To The River To Play one verse at a time, gradually accumulating voices and instruments as it progresses to its commanding finale. He is more oblique with Joni Mitchell’s Blue, its clarinet introduction leaving one wondering just what the song is before his arrangement of the original piano part and Bleckmann’s vocals kick in. On the Bee Gee’s How Deep Is Your Love?, which Hollenbeck admits is a nostalgic tune for him, he focuses on the urgent intensity of the words, his arrangements more disruptive than the saccharine melody usually allows.

In contrast, he was reluctant to even touch James Taylor’s Fire And Rain, simply because he was so in love with the original. In the end he subtly shapes the song by accentuating certain qualities that were present but not explicit. Braver is his treatment of Peter Gabriel’s Don’t Give Up, the vocal lines of Gabriel and Kate Bush switched by Bleckmann and McGarry before a fervent end to a song that usually fades out quietly. Most adventurous of all is the reworking of Brian Wilson’s classic Beach Boys song God Only Knows – the favourite choice of the voters by the way. Rather than reorchestrate it, he chose to recast it in a new light, rearranging the lyrics as staccato phrases over abrupt rhythms – so unlike the smooth original – to create an entirely new song in which Wilson’s vision lies present and intact. It’s an audacious move, and it works magnificently.

Vocalists Bleckmann and McGarry play leading roles in these new arrangements, while the Frankfurt Radio Big Band is on top of every note, playing charts of often great complexity with great skill. But it’s the arrangements themselves which take the plaudits, for their skill and ingenuity but also for their sheer audacity. This set is a fine end to an adventurous trilogy.