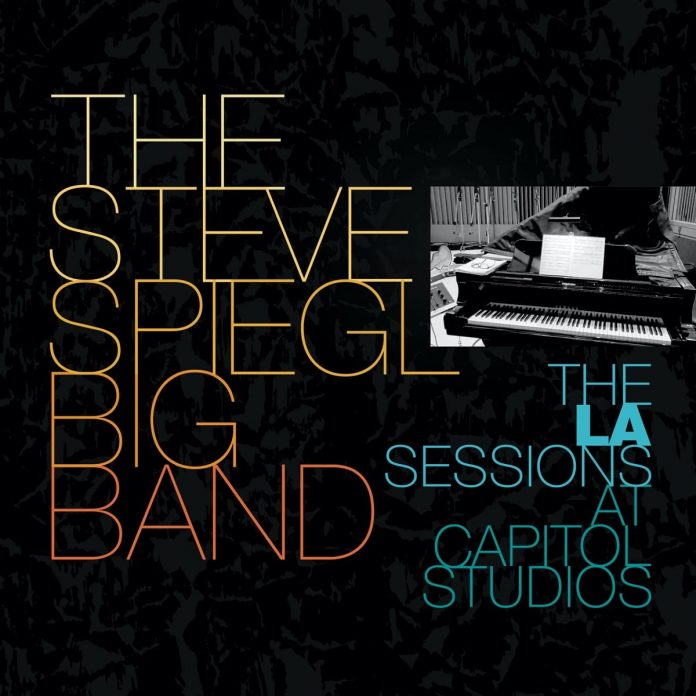 “This combined skilled arranging with raw power”, I wrote here recently of Shorty Rogers’s Cool And Crazy album. Well, here we go again, for Steve Spiegl is one of the most powerful arranger/bandleaders I’ve heard in many years. There’s nothing raw about his writing, though, and his top-class collection of Los Angeles studio musicians sounds as though it has been playing together for years. When I checked, it turns out it’s been together for 50 years.

At that date much of Stan Kenton’s work was in colleges and universities and to cater for them he made a disastrous repertoire switch into pop songs of the day. He called in Steve Spiegl, then a student, to be his chief arranger and to write a chart of Hey Jude for a Fender-impelled band so young that it had lost most of the Kenton character. It’s very hard to listen to.

I have to confess a phobia for “jazzing the classics”, and was horrified to find that this album used themes taken from classic opera and composers Verdi, Handel, Puccini and Richard Wagner. Fortunately my unfamiliarity with these pieces mean I was not able to compare their sources, and my lack of knowledge allowed me to enjoy Mr Spiegl’s results.

Right from the start one hears his penchant for fugue, and the interplay of the sections in this is quite dazzling. Take it for granted that the backing for the soloists is superb and Kim Richmond benefits in a full-bodied alto solo on the opening All The Things You Are. Spiegl’s Gardens Of Cordoba introduces us to Andy Waddell, a sensitive guitarist who uses minimum amplification and is understandably much featured by Spiegl. He and Richmond pop up again on Spiegl’s Cartagena Night. Tenorist Doug Webb is similarly featured and puts his solos together with a good sense of form.

But it’s the dazzling writing of the charts and their perfect resolution that must draw the applause.

Brian Morton - 22 March 2020
I have a private theory that something in the Swiss air or in Claude Nobs’s Montreux set up either turned ordinary players into superstars or sucked the life out...