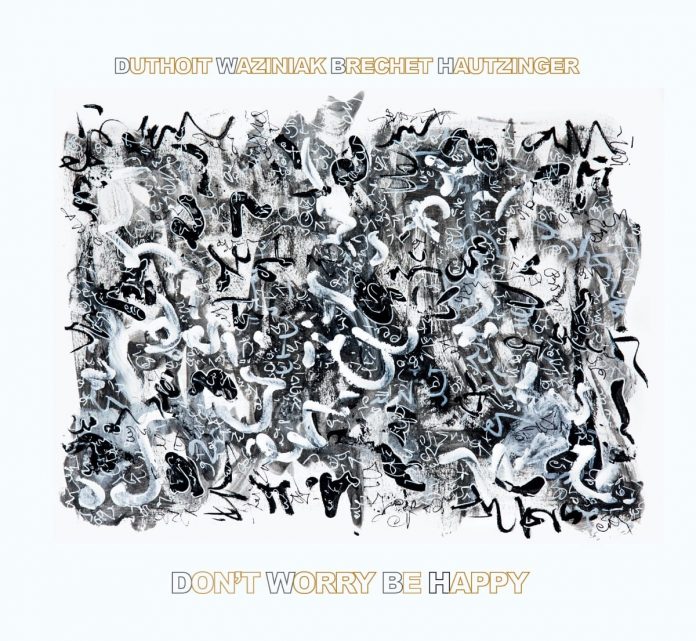 Anyone who wakes up at 2 a.m. in a cold sweat and troubled by memories of Bobby McFerrin’s anodyne ditty of the same title as this album need not fear, for that titular overlap is the only thing ditty and album have in common.

By its very way of being free improvisation it both defies yet deeply acknowledges the passing moments, and in that respect this set is very much of the free tradition, but as with the most widely known practitioners of the art, all four musicians here bring more than a measure of their inscrutable selves to proceedings, and the resulting music is for me something refreshing.

If risks are taken then that taking is based on a foundation custom-built to set the music entirely at odds with the “safer”, less demanding strains of contemporary music in which improvisation has a place. This is exemplified by Souffle Hybride, which is shot through with the audible presence of collective close (and deep) listening.

Sables Symphoniques is abstractedly playful for all of its hues. Hautzinger’s work here puts me in mind of Kenny Wheeler’s sadly very limited work on record with the Spontaneous Music Ensemble, which when all is said and done is hardly a reference that can be made too often. This is no bad thing, especially as at a stretch it serves to emphasise the distinctiveness of the resulting music.