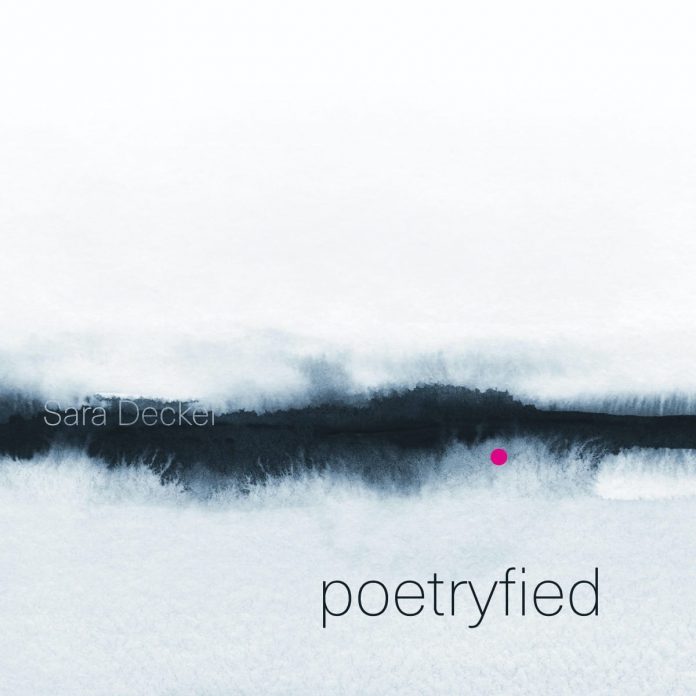 Poetry and jazz often make for empathetic bedfellows. From Gil Scott-Heron’s The Revolution Will Not Be Televised to Annie Ross’s sardonic delivery of Christopher Logue’s Loguerhythms, these two art forms are easily intertwined. Song lyrics too can often be read as poetry; Billie Holiday’s timeless reading of Strange Fruit is a prime example of words transcending into image-rich verse. Cleo Laine even took on the Bard’s poetry with Shakespeare And All That Jazz (Fontana, 1964) replete with her scintillating vocals.

On this album Decker confines herself mainly to poems written in German, with no fewer than three penned by Bohemian-Austrian poet Rainer Maria Rilke and one by the Polish-born Mascha Kaléko. There are also two songs in English written by American poets: Emily Dickinson’s I Measure Every Grief I Meet and Jane Tyson Clement’s No One Can Stem The Tide.

Following a first degree in cultural studies and journalism, Decker switched to jazz singing at Maastricht Conservatory. During a hiatus in her studies she temporarily moved from the Netherlands to the USA having gained a Fulbright Scholarship to New York City’s Manhattan School Of Music studying under Gretchen Parlato, Theo Bleckmann and Kate McGarry for a master of music degree in jazz voice. Whilst still a resident of New York City she formed the Sara Decker Group and released her debut album Long Distance (self-produced, 2017) populated by several standards. In 2018 she performed at the Montreux Jazz Festival with the Academy Band under the direction of Bugge Wesseltoft, opening for Chick Corea.

Having returned to her native Germany, she recorded this second album with a European trio featuring the virtuoso American pianist Billy Test who currently holds the piano chair with the WDR Big Band. There are inevitably some truly emotional highs to be found here including the crescendo to Du Musst Das Leben Nicht Verstehen and an evocatively jazzy version of Teardrop, originally written and recorded by Cocteau Twins’ vocalist Elizabeth Fraser who recorded the number on the Massive Attack album Mezzanine (Circa/Virgin, 1998). But throughout this album of poetic charm and skill Decker demonstrates that it’s jazz that’s really the universal language.

Nigel Jarrett - 08 January 2022
An adjective, a place, and a name come to mind when listening to Norwegian trumpeter Mathias Eick. The adjective is “atmospheric”, the place (albeit fictional) is ECMsville, and the...