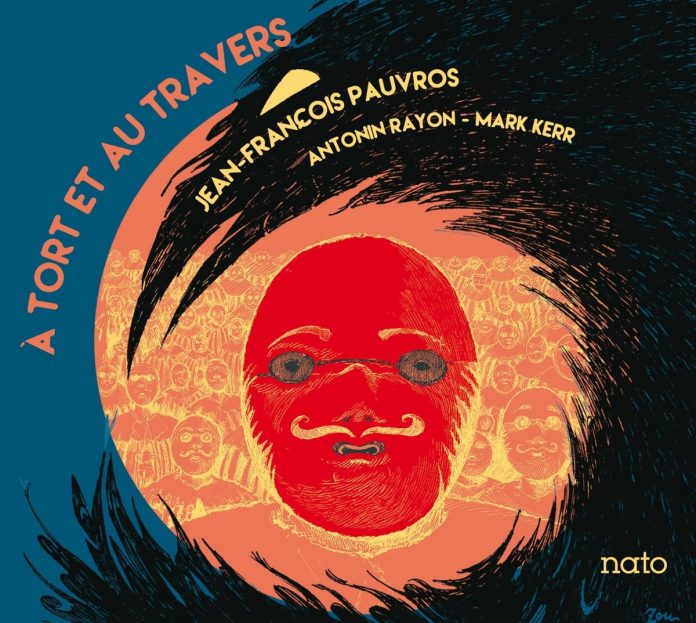 The territory mapped out by Bill Laswell and Material, Fred Frith and Massacre has been neglected for decades, but to a degree this album addresses that issue.

At the same time, however, that very scrutable hyperactivity which is becoming a noticeable factor in so much contemporary jazz makes its presence felt here, resulting in loss of focus, as the lengthy Ailes exemplifies in coming close to power trio territory, laden with all the cultural baggage that implies.

The following Wish For Long, complete with Kerr’s approximate vocal, is wistful enough to be worthy of the title, but has so little in common with the track that precedes it that it could be the work of another band, while La Mer Leche Les Pieds Des Enfants Oublies takes us through another hairy section of the roller coaster, and is thus more evocative of the first track discussed here rather than the one that precedes it.

A Portee D’Ombre reins the bombast in, and the whiff of overdrive is far from the nostrils, but for me this contributes to the impression that this is a band so eager to cover vast expanses that it doesn’t stay still long enough to mine any territory to telling effect. This is not to say that the results are superficial, merely to assert that I’ve now lost patience with the apparent inability of a lot of contemporary jazz musicians to focus.

Gareth Thomas - 02 February 2020
Krzysztof Penderecki, who recently celebrated his 86th birthday (23 November), is widely considered to be Poland’s greatest living composer. As such, this dedication from the Polish jazz-centric Atom String...