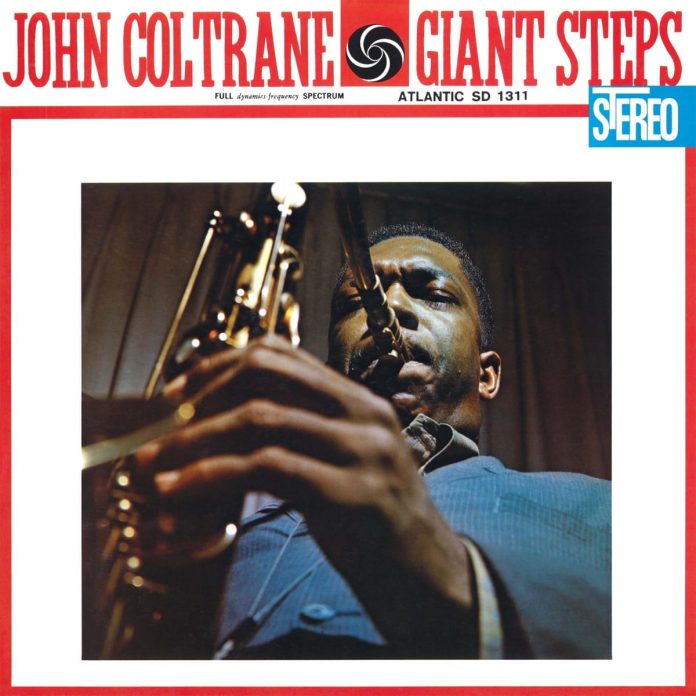 Giant Steps is one of the acknowledged masterworks of jazz and this special two-LP edition was a good idea. It is also quite instructive as we have here the complete LP on LP1 and eight alternate takes on the second record. Four of these alternate tracks feature Cedar Walton on piano and Lex Humphries on drums. Paul Chambers is there on every single piece, a great favourite of Coltrane at the time having worked with him in the Miles Davis quintet for more than four years. Art Taylor replaced Humphries on the later sessions and as he had worked frequently with Trane on many of his Prestige dates as leader, he was a good choice. Tommy Flanagan came in for Walton and although he struggled initially with Coltrane’s complex changes, he did rather better than Walton, who later admitted “The song was too difficult for me. I should have done what Flanagan did and take a solo on the break.”

Of the three alternate takes of Giant Steps, one is with the Walton group and two by the final line-up with Flanagan and Taylor. On all three you can hear Coltrane working out the implications of his line, tentative on take 1, much more confident on 2 and almost there on take 5. Play these first and then play the final, initially released take and hear Trane in commanding form, sailing through his strange (at the time) harmonic framework and in full command from beginning to end. The alternate of Naima is full and complete, with Walton sounding happier, although the first-issued version is slightly warmer and more fully rounded. Like Sonny only appears on the alternate record; it comes from the date with Walton but finally wasn’t used by Trane as he recorded it later for his second Atlantic LP Coltrane Jazz.

These recordings are important as one of the key sessions of modern jazz in 1959 and as recordings that shaped jazz thereafter. Trane is on great form from beginning to end, faithfully followed and supported by piano, bass and drums.

As to the rest of the programme, Cousin Mary is a superior smoky blues, Naima a romantic jazz ballad and Syeeda’s Song Flute a melodic bop staple. Countdown is a furious blast of jazz energy; the utmost changes at the utmost tempo, as David Liebman observes in the liner notes.

This was Coltrane making a final summation of hard bop and just about to move into modal format and other, more complex experiments. The title track is still a test piece for young tenor players who almost all feel the need to understand and master it. This release gives us the best overview of the complete sessions to date.

The remastering is clear and bright. It’s available on the LPs reviewed here and on a double CD. The vinyls are housed in a replica of the original issue and the comprehensive notes by Ashley Kahn map out the history of the recordings with comments from not only Liebman but Archie Shepp and David Murray. They’re all in awe of Trane’s achievement.

It takes all of two minutes of the first track before the first cliché hits, and then they keep coming. The dynamic trumpeter had...

There was never any doubt that Duffy Jackson would become a jazz musician, specifically a drummer. The son of a famous jazz bassist, Chubby...

“I’m not going to lie to you, I was devastated”, admits guitarist Nigel Price of the impact on him of the Covid-19 lockdown. “Absolutely...

Randy L Smith has lived much of his life in Japan and Tacoma and here writes about his jazz experiences in each place, including...

John Coltrane: Giant Steps 60th Anniversary Deluxe Edition"This was Coltrane making a final summation of hard bop and just about to move into modal format and other, more complex experiments ... This release gives us the best overview of the complete sessions to date"
Advertisement