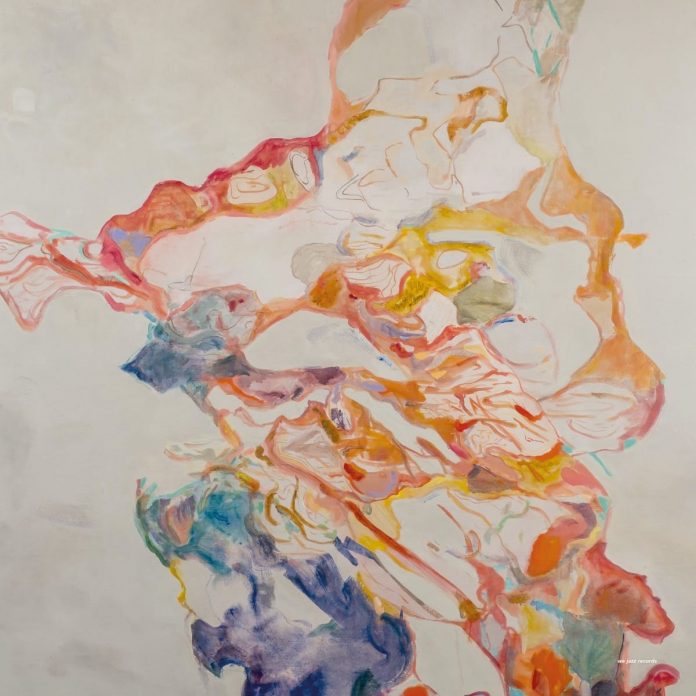 The self-titled debut album from this award-winning Finnish-Danish combo was issued in July on Helsinki-based cutting-edge We Jazz Records and is available on both CD and vinyl. Saxophonist Adele Sauros has played with Street Echo, Tea For Two, Berlin Nun, Olavi Louhivouri Superposition and his own quartet, as well as releasing a solo debut album, My Spontaneous Mind in 2016. Bass player Joonas Tuuri has worked with the Bowman Trio, The Watercolors, Selma Juudit Alessandra and Litheum, and also fronts his own quartet, while drummer Frederik Emil Bülow headed Bangin’ Bülows Nice Jazz Quartet (BBNJQ) and jazztronica quintet Abekejser before forming JAF Trio with Sauros and Tuuri in 2017. Their appearance at Helsinki’s We Jazz Festival that year earned the three the Rising Stars award, and Bülow has also composed music for the jazz/crossover ensemble Misceo.

The seven-tune set opens on Ninth Row Of The Fifth Floor with low, lazy sax lines moving to higher repeating passages over midpaced, shuffling drums and clashing cymbals, while Masterpiece sees fine bass and drum interaction between Bülow and Tuuri as Sauros lays down a flowing, plaintive sax stream, with some nice drum rolls and fills following. Something New is a highlight, its funereal opening bass vibes giving way to a sudden detonation from Bülow and more repeating saxophone phrases from Sauros before turning frantic at the close. Dark Sparkle also shines, the fussy, playful sax fencing with the skins over a steadying underlying bass, before some frantic drum work winds down to settle on mellow, whispering cymbals.

The dreamy Shades sees a return to the low sax registers of the opener, with more tasteful drum fills and a pleasant bass solo, but the crowning number is the closing Det Er Dig, a six-minute workout that comes in on upbeat, energetic percussion before Sauros takes centre stage on saxophone. There’s also a moment for some superb bass and drum interplay, and an exceptional solo from Bülow before Sauros takes it home with some bright notes.

Unlike some of the more noise-oriented experimental projects which, while innovative and refreshing, can still lie out of reach of fans attracted to traditional popular sounds, JAF Trio bridges the gap with a collection of fine improvisational tunes which use discord and free form to great effect while maintaining the all-important element of melody to ensure wider accessibility. Hopefully this fine debut album portends more in the same vein.