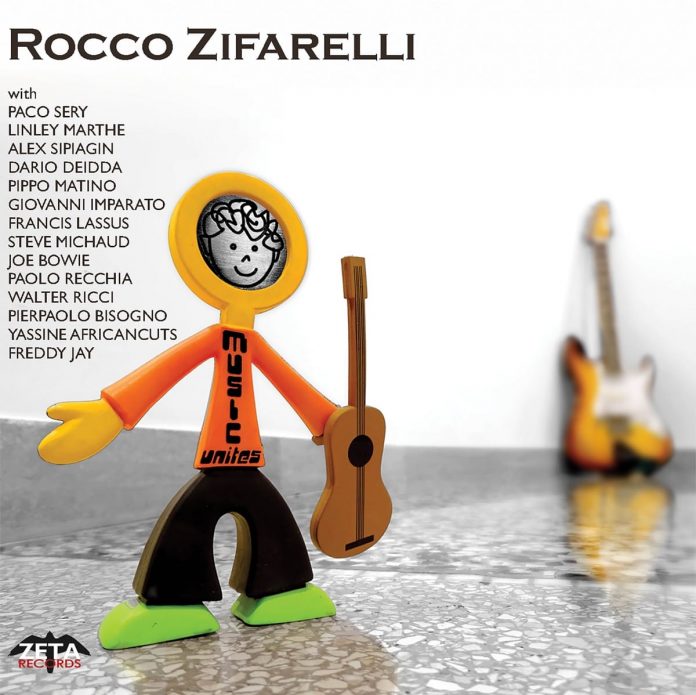 Italian guitarist and composer Rocco Zifarelli worked alongside Ennio Morricone for over 20 years, recording with him on several award winning film scores and touring the world.

This album is described by Zifarelli as a series of experiences of musical life in Rome, New York and Paris. London also appears to be on that list as the opening track captures the hustle and bustle of the underground, complete with announcements, chatter and the rattle of trains.

The use of urban soundscapes and the general noise that accompanies several of the tracks is very like the approach Andy Sheppard took on his Nocturnal Tourist album. As a technique, it can be over used, and that’s what’s happened here. Zifarelli and friends simply throw too much into the mix, resulting in an album of frenetic, thumping music that engages and exhausts the listener with a sense of over-enthusiasm.

As a nod to Morricone, Zifarelli presents a couple of his compositions on the album, but they are re-worked to such an extent that the original themes are barely recognisable. Heavy with samples, loops and MIDI-inflected instrumentation, the album wanders into the silliness that Miles Davis demonstrated on You’re Under Arrest, and even offers up as a bonus an alternative take of Morricone’s theme to the film The Untouchables, just so we’re left in no doubt as to how much of a trashing the original material has taken.

Count Basie And His Orchestra: Collection 1937-39

Derek Ansell - 21 September 2021
Acrobat Records have produced a three-CD box of all Basie’s output for the Decca label. They have chosen to issue the titles in order of first release rather than...