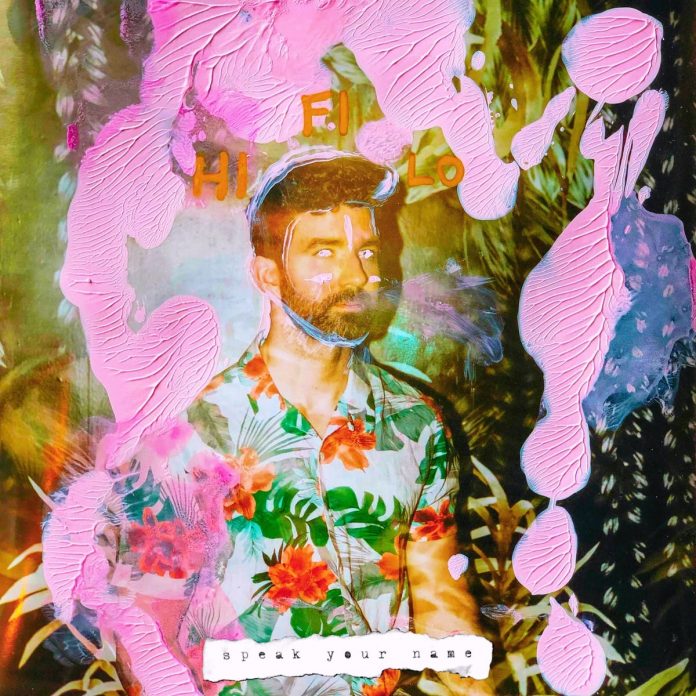 Toronto-based producer, pianist and keyboardist HiFiLo is actually Todd Pentney, a gifted session musician who has performed and recorded with acts such as Yuka, re.verse, Aphrose, Maya Killtron, Gray Matter and the Allison Au Quartet (he produced the saxophonist’s three albums The Sky Was Blue, Then Gray, Wander Wonder and Forest Grove, which won the 2016 Juno Award for Best Jazz Album of the Year: Group).

This esoteric and decidedly ambient offering opens on the calming synth sounds of Pink Elephants with its underlying pulsing rhythm and bubble effects. It’s laid back, relaxing and danceable but doesn’t seem to go anywhere – maybe that’s the point. Wanderlust is mellower, more layered synthesisers and bubble & wah effects melding nicely with Christian’s flute which gets busier as the tune progresses, while the title track incorporates Samaras’s improvised vocals over a thumping rhythm. The sound of rain is reflected in the opening percussion of Downpour, which morphs into a more feisty rhythm with busy electric piano and some tricky guitar work from Cappelletto, while The Collective Perspective opts for more multilayered synths and a relentless programmed drum sound.

Rebirth features a bouncy, synthesised rhythm reminiscent of Pink Floyd’s On The Run, while Emanation introduces an altogether darker mood with its deep, resonating bass sounds which give an ominous tone to the proceedings, before sequeing into the infectious dance vibes of FTL. The closing Tangerines, with its far-off backing vocals, semi-rap rhythm and HiFiLo’s superb jazzy piano is the best cut here.

Mellow, ambient and undeniably laid back, this album from a talented musician and producer is pleasant, but lacks the discord of more melodically challenging offerings. Certainly there are echoes of Krafwerk, Keith Jarrett and the Beach Boys (see Surf’s Up, for instance). Despite its mellifluous popular tone, there is still a huge degree of subtle experimentation here, and fans of synthetic sound and dance are sure to luxuriate in the ethereal world to which it beckons.

On the face of it, this looked like another guest soloist with ensemble release but although Brecker is featured on all the tunes, alternating...

Bob James: Once Upon A Time, The Lost 1965 Sessions

Having named vibraphonist Joe Locke and his band's recording of Make Me Feel Like It's Raining (from Subtle Disguise) as my ubiquitous track of...

When film music historians discuss the increasing influence of jazz on movie soundtracks through the 1940s and into the 1950s, they usually mention films...

Both of these sessions cover a wide variety of material, but each seems to represent a different aspect of the bassist's character. Broadly speaking,...

"...a huge degree of subtle experimentation here, and fans of synthetic sound and dance are sure to luxuriate in the ethereal world to which it beckons"Jeremy IsaacHiFiLo: Speak Your Name
Advertisement