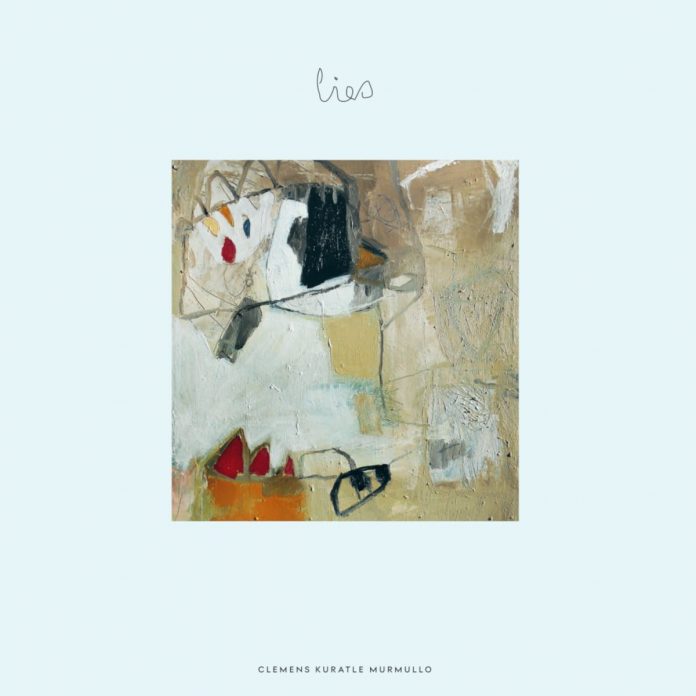 When I first played this album I vaguely thought it to be just another troupe trying to emulate the sonic experimentalism of the late 60s/70s. But when I listened properly, I changed my mind. There’s more to Murmullo than meets the ear – they’re actually very good.

This Swiss quintet is led by drummer and composer Clemens Kuratle. He says the inspiration for his music comes from an obsession with history, philosophy and current political proclivites. He named the album after notorious liars of our time such as the East German spokesman who said nobody had any intention of building a wall, Dick Cheney who lied about the “need” to invade Iraq and an “infamous US president” which I assume is code for Donald Trump.

The album is briefly bookended by the spoken word. The first track, Lies, opens with steady drumming, sonic drones and fragmented sentences about not intending to build a wall. Sax and trombone lead into the melody, Kuratle’s percussion increases and Hellmueller’s guitar takes over with a climactic rock riff. In part the track recalls Pink Floyd’s Dark Side Of The Moon.

Kuratle believes democracy only works if we have time to contemplate but that we are prevented from doing this by current populist tendencies. The track entitled Contemplation has synth guitar, atmospheric drum cascades, rich trombone and a splendid tenor sax solo from Maag. Deconstruction follows with a horn barrage before Florian Weiss brings in the melody on trombone. Guitar and bass duet gracefully. Against alternating background rhythms Weiss maintains the line superbly until all join in a powerful Kuratle-led finish.

Prelude is brief with gently mesmeric guitar leading into Aunt Rose, a number dedicated to Kuratle’s great aunt who had a similar name. Aunt Rose has hypnotic guitar and soft bass with urgent drums. The trombone takes charge until unexpectedly all hell breaks loose with screaming sax in an explosive closing section – this aunt clearly had a colourful personality! The last number, Lull-a-Bye, has sublime arco bass from Jerjen, fluid sax and skilfully executed ensemble playing. The culmination nods to Sergeant Pepper and at the last minute a voice asks, “What is real?” thus reverting full circle to the essence of the opening track.

This detailed and well-crafted collage of sound is both old and original at the same time. It’s a remarkable feat from a talented and highly impressive group of musicians.

The present Mrs Morton wanted to know if this was the same Gorka off Strictly Come Dancing. Such is the yawning cultural chasm in...

Kjetil Mulelid Trio: What You Thought Was Home

While one could wholeheartedly recommend this album to those who enjoy progressive rock, it is difficult to know whether readers of this magazine will...

Clemens Kuratle Murmullo: Lies"This detailed and well-crafted collage of sound is both old and original at the same time. It’s a remarkable feat from a talented and highly impressive group of musicians"
Advertisement