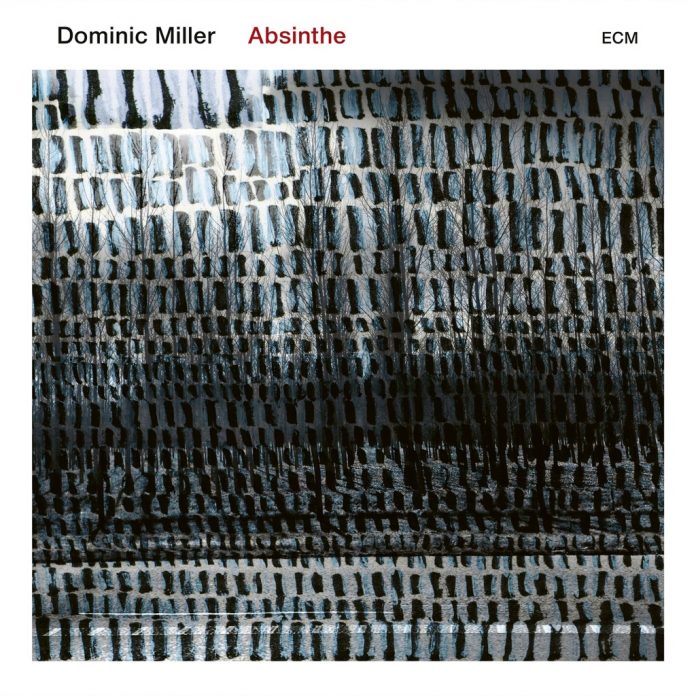 Absinthe is Argentine-born guitarist Dominic Miller’s second release for ECM, and his 14th solo album. It’s inspired by Miller’s love of the work of the impressionists, many of whom painted in the South of France where he now lives.

Miller has been Sting’s lead guitarist since The Soul Cages in the 90s; he’s also played with The Chieftains, Youssou N’Dour, Tina Turner and Manu Dibango. Drummer Manu Katché and bassist Nicolas Fiszman are fellow Sting sidemen, and along with UK keyboardist Mike Lindup, best known for his work with Level 42, have worked with Miller for some years.

A prominent voice on his new album – maybe the most prominent – is Argentinian bandoneon player Santiago Arias, who studied with Dino Saluzzi at Buenos Aires Conservatoire.

Some reviewers have suggested that Absinthe is music that’s misperceived as light and shallow. But I’m afraid that’s really what it is; Miller’s compositions are indistinguishable and undistinguished. Thus it conforms to a mistaken stereotype of ECM – high production values, beautiful playing, but bland and soporific music. A kinder description would be “mellow”, and for some listeners, I guess this would be congenial mood music.

The ECM stereotype is mistaken by the way – recently I’ve listened to excellent albums by Vijay Iyer and Craig Taborn, and the wonderful releases by Nils Økland on the label. A pity this falls so far short of the ECM canon.

Nic Jones - 04 August 2021
Clichés might abound, but I'll do my utmost to dodge them because the likes of Mr Coxhill deserve words not constructed in such ways. Thus the cliché about not...