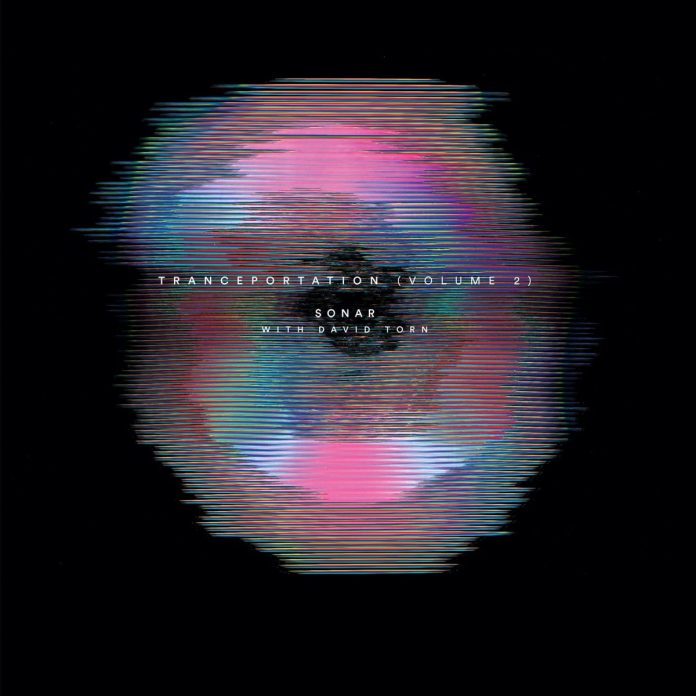 This beautifully hypnotic album features the Swiss-based art-rock / minimalist quartet Sonar with American guitarist David Torn. Torn, born 1953, combines electronic and acoustic instruments, and his skill in live-looping is prominent here. Formed in 2010, Sonar began collaborating with Torn on 2018’s Vortex; Torn had come to the sessions as producer, but his compelling guest slots ensured that he was added as a fifth member. Torn subsequently appeared on Live At Moods, and on Fractal Guitar by Sonar leader and founder Stephan Thelen.

The present tracks come from a five-day recording session that produced 80 minutes’ worth of music – music composed with Torn in mind. The first part was released in 2019 as Tranceportation Volume 1 (RareNoise); this album is the follow-up. The band play what are described as “tritone guitars”. Thelen explains by email that when the band began, they retuned their guitars to inspire fresh ideas: “We decided to use tritone intervals between the strings (instead of the usual fourths)…C F# C F# C F#…A ‘tritone guitar’ is not a physically new instrument, just a way to tune it a radically different way.”

Thelen is the main composer, with contributions from the band. Performances are seamless and there’s remarkable attention to detail, and artistic guile. One writer describes bass and drums “laying down futuristic robotic surf rock, over which Torn paints wide swathes of neon luminescence”, but it’s trickier than that. Thelen explains that the band usually use either odd time signatures, polyrhythms or isorhythms, or a combination of those.

Triskaidekaphilia is most obviously polyrhythmic – there’s a dominant pulse, but you can at least try to tap your feet to alternative rhythmic interpretations. “In Triskaidekaphilia, the bass riff is in 13, but the guitar / hi-hat pattern is in 3, so I would say it is in 39”, Thelen explains. “In Tranceportation, the bass line is in 6+6+6+7 = 25 and the guitars are in 5. Slowburn is in 9 and Cloud Chamber is based on a 3 against 4 against 5 polyrhythm.” To that, all I can say is “Wow!”

David Torn comments in the publicity that “Most of what I do isn’t soloing. It’s bringing in textural events that can sometimes go on for minutes”, and the musical dialogue effectively varies tension and dynamics. But I’d say that Torn does contribute solos, highly expressive ones with their aching, bending notes; those after the five-minute mark on Triskaidekaphilia, and after three minutes on Tranceportation, are a highlight. I’ve been playing this remarkable album fairly obsessively – each listen reveals new delights.

Whether leading his various quartets or the superlative Dream Band, Terry Gibbs (now 96 and still playing and recording) never...

During a recital at the Three Choirs Festival, I became increasingly annoyed by members of the audience who insisted on rising every 10 minutes...

The Murray river continues to pour forth an ever increasing tor­rent of fine records, with new quartet, quintet (reviewed else­where in JJI) and big...