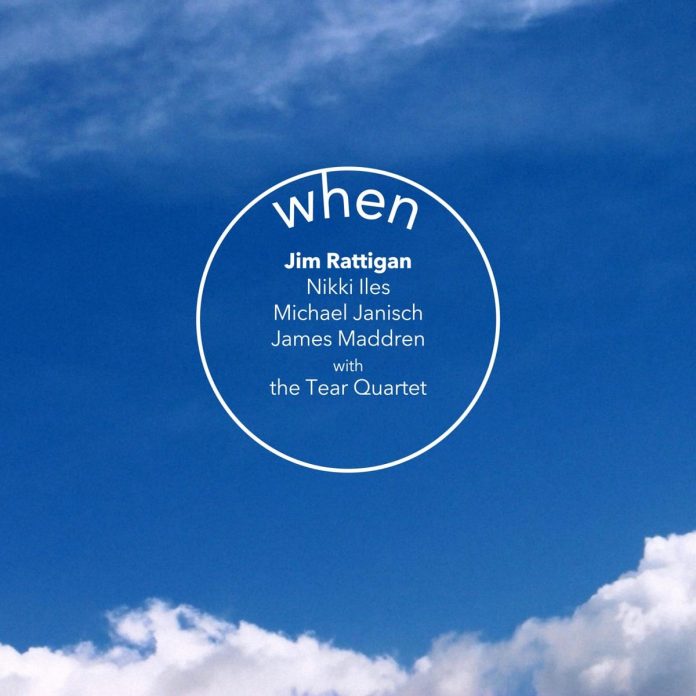 Classically trained French horn player Jim Rattigan has played jazz over a number of years and here attempts to “combine the two worlds … not crossover music but a juxtaposition – the two styles working side by side.” Rattigan incorporates the elements of both into his compositions and whilst the results differ, the music benefits from the presence of pianist Nikki Iles.

On many of the tracks the jazz and classical sections are distinctly apart. Some are led by the string quartet, before the jazz players take over – the longish intro on When stops for a piano-led jazz section to develop. It’s Not Quite The Same sees the strings handing over to what is essentially a vehicle for the jazz players to solo, as does Saudade, in which a Latin-flavoured jazz tune emerges, the deft contribution from Maddren effectively using tom-toms, with fine solos from Janisch (briefly), Iles and Rattigan.

There is some closer amalgamation of the styles on Fool and Wistful Thinking, but it is The Commute where the paths are more effectively linked. However, there seems to be little interaction, and although the transition from one to another often comes from Janisch’s bass or the horn of Rattigan, the two elements don’t always seem to lie easily together.

Solace stands out for Iles’ piano contribution and Rattigan’s clear and precise horn work. When soloing with the jazz backdrop, the warm tones of his playing often sound like a valve trombone or mellophone (remember Don Elliott?). River Of Dreams gives Iles and Rattigan the opportunity to duet.

The music is contemplative, gentle and relaxing, the strings augmenting the jazz content, although they appear to serve mainly as embellishment. Whilst I enjoyed some of the album – Iles’ playing is always worth a listen – the ”juxtaposition” didn’t seem to work as convincingly as I had hoped.

Derek Ansell - 28 March 2021
The various shades of blue on this album are of the Nordic variety; Ms Strange has written and here performs six compositions with her quartet reflecting her impressions of...