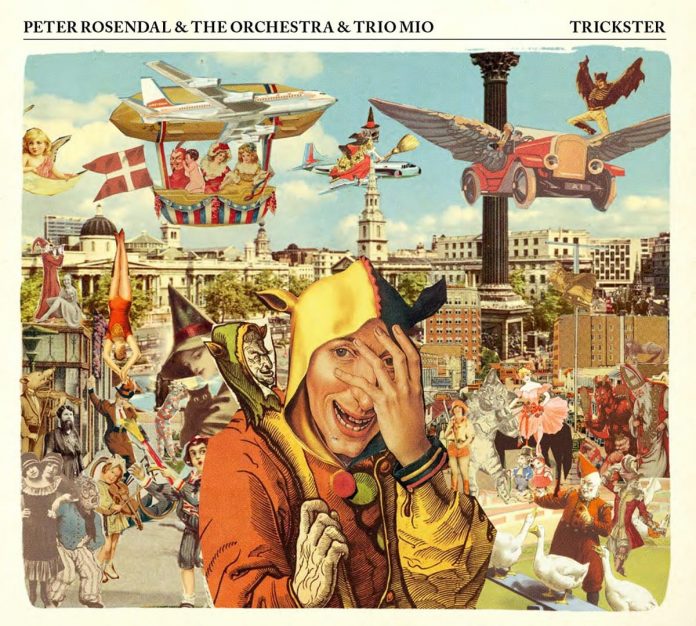 The trickster here is Rosenthal, who likes to present music that nobody expects and do something different each time out. It is considerably different from your average jazz album but that is not necessarily a good thing.

The music is a mixture that he has arranged for The Orchestra and added in his folk trio, Mio. The big-band charts are well arranged and played skilfully by all concerned although the emphasis appears to be on folk melodies rather than jazz. Ensembles are neatly arranged and there are occasional tenor sax or trombone solos coming through but overall, solos are a bit thin on the ground.

A touch of avant-garde jazz is heard here and there, and the mixture is fluid enough to flow engagingly. It must be said though that the jazz content is extremely limited so if you go for it, you will need a love of jazz and modern folk music.

To say there’s little written about the relatively obscure jazz fusioneers Caldera (Spanish for Cauldron) is something of an understatement. There may well be...

The names of top jazz soloists that never made the big time would fill a couple of books. Tina Brooks was just one of...

This is one of a series of taped interviews with musicians, and critics, who are asked to give a snap opinion on a set...

"The trickster here is Rosenthal, who likes to present music that nobody expects and do something different each time out"Derek AnsellPeter Rosenthal with The Orchestra & Trio Mio: Trickster
Advertisement