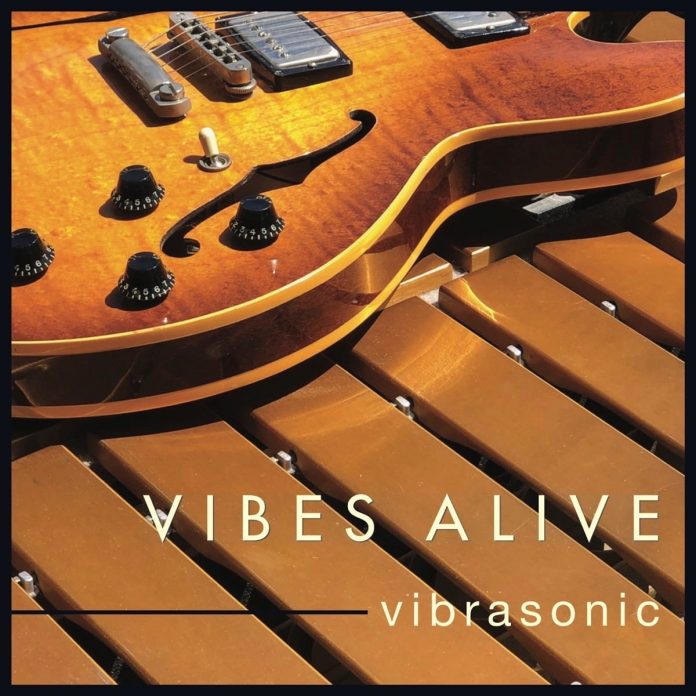 Vibrasonic is the third release from what is essentially a vibes and guitar duo (Dirk Richter and Randell Crissman respectively) backed by some of the most in-demand players on the LA session circuit. Together they form a collective all studio-skilled enough to have knocked out the 10 cuts here in a matter of days, if not hours.

Without overlooking the impeccable playing of electric bassist Jimmy Johnson, drummer Vinnie Colaiuta and percussionist Lois Conte, who effortlessly push the tracks along with precision, punch and plenty of funky spirit, it’s maybe the contribution of Grammy-award-winning keyboardist (and silent third member) Jeff Lorber that results in this record being the outfit’s most accessible yet.

At times, the material is stylistically similar to Lorber’s own solo work, or more recently, the album Eleven which he cut with guitarist Mike Stern last year. As a fan of that disc, I can say that this one is further proof that, without overstaying his welcome or overly-exercising his technical chops (of which he has plenty), Lorber’s brilliance lies in his ingenious riffs, the great weight he brings to the groove and, sonically, the seal of authenticity he adds to the music, whatever the style.

Through the seven selections he features on here Lorber’s divine lines on Rhodes, piano, synth or Minimoog motifs intertwine around the seductive chime of Richter’s vibraphone or Crissman’s fluid fret-work. The results are often sublime, especially in tracks like Sweet Vibes, the hip-hopping Daydream and the album’s propulsive title track.

The press release for the record boldly describes it as a mix of “cool jazz vibes embodying the joy of living”, but what you essentially have here is a punchy, polished record with a dance edge that sings to the smooth-jazz market. Exceptions to this, material-wise, may be the hard-swinging Spy, the film-noir-style swish of Guitar Noir or the brilliant Earthtones, a funky cut that taps into the heavier, gymnastic side to this impressive collective and their ability to stretch.

Bruce Crowther - 05 March 2021
Hard to pigeonhole, this is always interesting music performed with skill by three musicians hailing from different social and ethnic backgrounds and drawn together by their interest in contemporary...