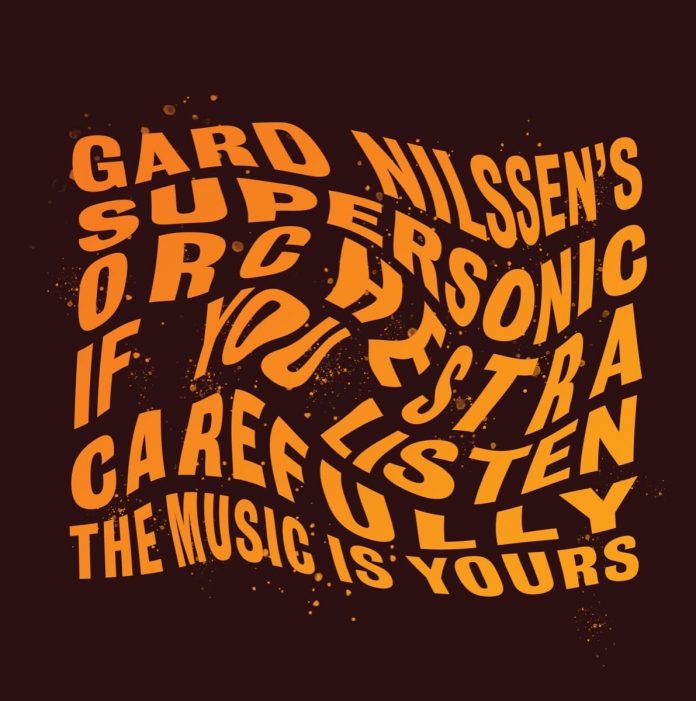 Having enjoyed Norwegian drummer Nilssen’s work in the quartets of his compatriot, bassist Arild Andersen, and Polish saxophonist Maciej Obara, I was very much looking forward to hearing this specially commissioned big-band suite recorded last year at the Molde International Jazz Festival.

Obara is present in a blistering hour-plus of both wildly free-fired and tonally measured, exultant and contemplative music, composed and arranged by Nilssen and Norwegian saxophonist André Roligheten. Earlier this year, reviewing the Waldemar 4’s The Buoy And The Sea, I described Roligheten as one of the most impressive players to have emerged on the Norwegian scene for some while. The totality of his work here can only serve to enhance his burgeoning reputation.

The music is superbly recorded and the triple fold-out packaging fine. However: given the 16-person line-up, which includes three bassists and three drummers, and the number of solos which flow in and out of the organic shape-shifting whole, it would have been helpful had a list been provided indicating the sequence of soloists.

Then again, given the coruscating energy of music which at times brought back fond memories of classic sessions from Sun Ra, Coltrane and Mingus, The Art Ensemble of Chicago, The Brotherhood of Breath and The Globe Unity Orchestra, perhaps one should simply relish, e.g., the collective power of the Afro-beat drum figures which open Bytta, or the multiple bass interplay and subsequent steaming riffs of Jack – and just celebrate the fact that such classy performers as Per “Texas” Johansson and Goran Kajfes, Ingebrigt Flaten and Hans Hulbaekmo typify the overall quality to be enjoyed here.

“Jazz Is A Spirit” intoned Malcolm Jamal Warner (accompanied by trumpeter Wallace Roney) on drummer Terri Lyne Carrington’s 2002 release of that title. Nearly two decades on, it’s good to know that that spirit is in such great shape. I doubt I’ll hear more electrifying music this year.

Ian Lomax - 06 June 2019
Dave Stryker is a 62-year-old American jazz guitarist who has recorded numerous albums as leader as well as being a sideman to quite a few big names. Stryker grew...