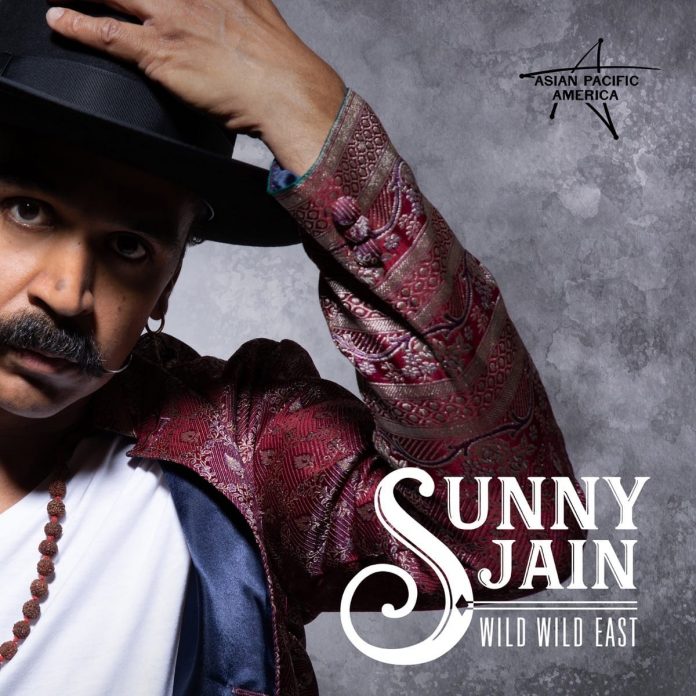 The music here is based upon Sunny Jain’s observations of the relocation and settlement (in America) of his family, the associated upheaval and the socio-political conditions which, as immigrants, they faced, as did other ethnic groups and the indigenous people. It also examines “the complex and troubling reality beneath the image that America projects outward about itself” (Vivek Bald, accompanying booklet notes). Apposite in the current climate.

It is only peripherally connected with jazz, as it’s an amalgam of different musical styles – Eastern and Western: Indian, jazz, country, film music, rap, bhajan (devotional music) and high energy rock are all here. The rhythms are predominantly Indian, with strong use of dhol drumming and drones.

There are contemplative, reflective tracks (Blackwell, Tumse Lagi Lagan and Maitri Bhavanu) with some engaging bansuri flute by Pawan Benjamin, but most are taken at greater tempo, highly percussive. Aye Mere Dil Kahin Aur Chal features the impelling rhythm of Jain’s dhol and includes some twangy guitar which wouldn’t be out of place on a Morricone or Tarantino soundtrack, while Red, Brown, Black is a rap, drawing attention to social inequalities and the racist attitudes of the “real invaders”.

There is a definite country and western feel to the cowboy waltz of Hai Apna Dil To Aawara, and Brooklyn Dhamal, the final track, seems like a synthesis of all the elements. A frenzied blend of spaghetti western, surf guitar, soaring tenor saxophone, turbulent percussion and a barrage of sound which culminates in delirious turmoil. Stirring stuff – nobody sleeps while this is on.

A 40-page informative booklet with evocative and thought-provoking photos is included; it’s well documented, as often is the case with Smithsonian/Folkways productions.

Nigel Jarrett - 10 March 2020
Saxophonist-composer Nikola Bankov's band can play both tough and tender. At the start of Hope You'll Get It, August Korsgaard's synthesiser is coming in to land and later indulges...